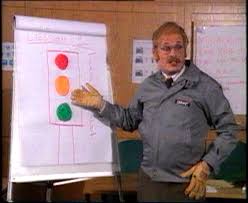 Driving through Hampton on Highway 3, I stop at the four-way stop, look at the other drivers, wave, and think, “Hey, have a good day.” With the signal it replaced we waited for the light like zombies and didn’t care who was in the other cars. It’s a community thing, like the fair last week.

In a country as large and diverse as ours there are cultural differences from one place to the next. Even when we were just 13 colonies it was a given that people lived differently from one colony to the next so the central government was designed to only preserve that boundary where each of us was impacted by the direct actions of another. It was not designed to engineer society because that vision might be different from state to state.

With the increasing concern about Supreme Court nominees and the possible reversal of Roe v. Wade, dialog should intensify on the limits of federal power. Unfortunately it usually devolves into a discussion of how old a baby should be when it is killed, or whether it is an organ and the mother wants a babyectomy (on public radio called “terminating a pregnancy”). The question of federal authority is completely ignored.

Local governance is what our forefathers had in mind as they convened in Philadelphia back in 1787. on the issues of legal abortion, gay marriage, or legal drugs people should be free to move to a state that suits their viewpoint. In the long run, the competition between states would naturally improve things for everyone. As past Supreme Court Justice, Louis Brandeis said, a “…state may, if its citizens choose, serve as a laboratory; and try novel social and economic experiments without risk to the rest of the country.”

For instance, if a state had legal drugs and no welfare safety net, they might find that the druggies would have to quit so they could be well liked and valuable to friends and neighbors. In a state with legal abortion it may become evident that the disrespect for the lives of babies bleeds into society in general and violent crime proliferates.

A sense of community is what makes our lives good. Peer pressure is a good thing. It is how communities direct behavior of individuals into a flowing stream of productivity. That flow leads to efficiency that leaves time and energy for comfort and fun.

Families are good government, cities less so. Go to the national government level and you find different cultures in conflict with each other under one set of laws. There is no common ground except obedience to the state. When cultures conflict, people become irritated with each other but the blame should lie with a government that lumps us all together. When separate communities are governed separately, we can simply live with the differences.

Some Californians have the right idea in dividing up their state. Why should the red-necks of rural Northern California be ruled by the hipsters on the coast? There could be tours where the red-necks point and laugh at the piercings or the hipsters view the married couples on their way to church. There’s no need for them to control each other.

So when I come to a four-way stop, I don’t jump out and tell the other guy to put out his cigarette. He doesn’t make me switch to a country station. We are fine in our own place.