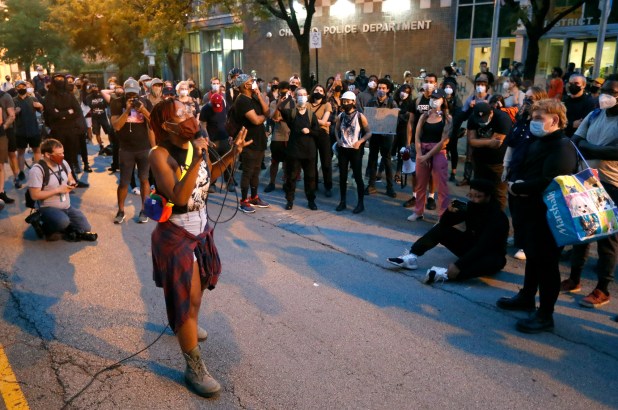 Kenosha, Wisconsin is the latest scene of, what would appear a senseless act of violence by police. There’s little to go on for us in the cheap seats but it’s pretty easy to jump to the conclusion that a racist cop lost control and Jacob Blake shouldn’t have tried to break up a fight.

I still contend that it is simply impossible to judge from here in Dumont or even down the street in Kenosha. Even as time passes, witnesses are reluctant to come forward fearing reprisal from whichever side their testimony can damage.

George Floyd’s death is called a killing in a broad sample of media without any official declaration from an investigation. How does this serve the Black community? That question is the one seldom asked for some reason. How do we right the wrongs, so that we can live in peace?

Drugs should be legal and regulated for quality. Breonna Taylor of Louisville, Kentucky would be alive today if not for this 80-year old boondoggle. She was in a house raided for drugs and there were none found. Eighty years and what we have to show for it is death from competing gangs, crusading law enforcement, disrespect for law enforcement in other areas because police are misused to act as a parent instead of a defender of rights, and overdoses from dope of unknown quality.

Police officers should be independent employees competing with each other in defense of the people. Police unions protect these thugs that make it hard for all the decent cops to get along in the community. Competition is the great improver. Unions stifle competition.

There is a direct correlation between the rise of the welfare state and crime. The replacement of family by “The Village” has had a well-documented effect on crime rates. Defunding police and increasing social programs would be an extension of the welfare state that is blatantly a form of bribery and sets a bad example for future generations.

These intrusions into the lives of peaceful and agreeable people by government create waste and poverty. The difference between the effect of these programs on Whites and Blacks is the tendency by compassionate and guilt ridden Whites and power hungry Black leaders to point to slavery and Jim Crow as being responsible for the Black community’s lack of competitiveness. It is easy to point to this and give up, rather than try to function in an economy handicapped by government distortion.

The handouts are what give the Black community a disadvantage, and it continues. Ariel Atkins, chief organizer for Black Lives Matter Chicago had this to say when looters struck high end stores August 10, “That’s a reparation. Anything they want to take, take it because these businesses have insurance.”

What I would like to hear from Black Lives Matter would be the same sort of thing that Jacob Blake’s mother said on CNN, “My family and I are very hurt, and quite frankly disgusted. And as his mother, please don’t burn up property and cause havoc and tear your own homes down in my son’s name. You shouldn’t do it. … it’s just not acceptable.”

The difference between these two women is this, one has a son with three kids to support who is critically injured and may never walk again. The other sees people as mere parts of a collective. And that’s what racism is, viewing people as groups rather than individuals. As individuals we live in peace every day. The function of law should only be to preserve the rights of individuals, like Jacob Blake.

“As Americans we must always remember that we all have a common enemy, an enemy that is dangerous, powerful, and relentless. I refer, of course, to the federal government.” — Columnist Dave Barry

After searching to find how well known this story is… I found nothing.

But check this out:  https://www.dailymail.co.uk/news/article-8644591/ISU-professor-forced-change-syllabus-telling-students-theyll-dismissed-criticizing-BLM.html 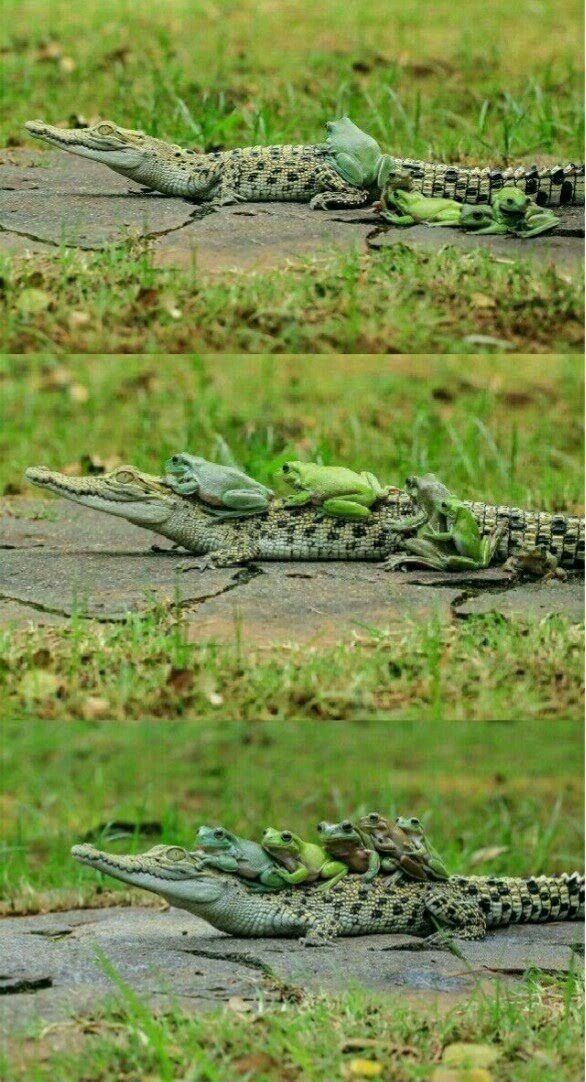 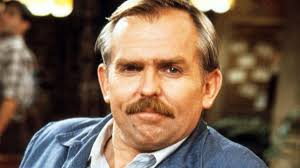 I’m still kinda mad at Twila, the former postmistress in Dumont. She knew Dawn lived right around the corner and didn’t tell me about her, for a year. I thought she was my friend. Anyway, I found my true love on my own without Twila’s help.

The post office has been in the news lately. Trump supposedly wants to limit funding. He thinks mail-in ballots can lead to corruption. The Democrats oppose defunding the Postal Service because, well because. There are some bigger issues here.

In the quarter ended June 30 the Postal Service lost $2.2 billion. Does anyone ask, “Why don’t they raise their rates?” The Postal Service is embedded as an example of the misinterpreted “general welfare clause.” That phrase at the beginning of the Constitution is used to negate any part of the Constitution that gets in the way of special interests who want your involuntary charity.

We recently had a tire go bad on the rear of our big tractor. Both tires were 35 years old so they both needed to be replaced. I made some calls and saved a thousand dollars by choosing one supplier over another. Compare that to the Postal Service that is protected by law from competition in the letter business. Did you ever need to get some paperwork moved securely and quickly? You call it a package and send it by FedEx.

While two sides argue over whether an election can be influenced by minor changes in the post office, the obvious benefits of competition in mail delivery are ignored. If I can save 30% in a short time on the phone because I’m free to choose, just think of how mail delivery could be improved.

It is interesting to see how two sides, the Democrats and Republicans, pretend to represent extremely different views yet they both support socialized mail delivery.

Once we get through this election charade, it would be nice to see our elected representatives look at the facts and act to sell the Postal Service. The business plan scrutinized by investors would have to show sustainability. Since people will still have to send mail, the opportunity for a successful business is obvious. And without mommy taxpayer there to cover all the inefficiencies that an organization with seven unions can produce, the post office will survive and thrive.

Spee-Dee delivery was founded in 1978 with a pickup truck. They now have 1,800 employees working in nine states. Any farmer needing a part shipped, knows the next question to ask is, “Can you ship it Spee-Dee?”

My son, when the government hasn’t shut down the world, works for a company that issues permits to organize on-location filming. I’m proud to say Film L.A. was privatized from a public agency. It can be done. The cost of the permits reflect a necessity for profit.

The Postal Service lost $69 billion dollars over the last 11 years. They have $160 billion in unfunded liabilities. Ben Franklin owned two household slaves at one time, then gave them their freedom and became a staunch advocate for abolition. He started the post office and I bet he wouldn’t stand for the travesty that it has become.

The people who deliver our mail, watch over our neighborhoods, and are our friends deserve a better employer.

The financial system. Wow, now there’s a catchy title. I doubt there could be a subject less interesting than that, yet have more impact on our daily lives.

To most of us a financial system would be working for a paycheck and then spending it. But in this complex and unethical world, where the money goes and why, is a mystery and too much trouble to try to understand.

In the caveman days (or cavewoman), all the necessities of life were produced by the user of those necessities. Life became easier as people discovered they were all different and specialization allowed them to do what they were good at and that took less effort. For example, a hunter might have an eye for spotting game and a seamstress is better at making a hide into a pair of pants.

In order for this division of labor to work, one person’s products and needs being different from another’s, money was invented. The guy with the dead bear had difficulty trading for the pair of pants because each required different skills, time, and inputs. How the trade was made was entirely up to the hunter and the seamstress and an increasingly complex network.

The bear might have taken more time and energy to produce than a pair of pants so the seamstress threw in a hat to make it a fair trade. But she was lousy at making hats and had to get the hat from a hat-maker. See, it’s already getting difficult to keep our interest.

The division of labor still exists today but it is polluted by complexities introduced by people who couldn’t get what they wanted with mutual agreement of all the parties involved.

Pollution makes us all poorer as we have to find more complicated ways to achieve our goals. For example, water close by that is not drinkable causes us to dig another well or ship water from a longer distance.

It is little glitches like these that add up to poverty and income inequality. They don’t occur naturally. They are forced on us. The only way this can happen is through misapplied or abused government power or fraud. But when all the parties involved in a financial system perform their transactions with mutual agreement and with all the facts being transparent, the most efficient use of resources is utilized.

History is written by a series of crises. The crises are addressed with bailouts of various kinds. The bailouts are deemed necessary because of the job losses or even losses of life that look imminent.

The folks who describe the bailouts as necessary undeniably have motives to interfere in our usual peaceful exchange. They turn to the government because it is easy to convince the masses that there is no other choice.

In recent years bailouts have proliferated at an increasing rate. From money printing and actual debt purchases by The Fed to tariffs, mandates, forgivable loans, and outright handouts; the perfectly logical system of free choice is polluted to benefit special interests.

Large companies can easily afford lobbyists and lawyers to deal with complicated tax and subsidy pollution. Since 1980, startup rates have gone from 14% to 7% as new companies see all the bureaucratic headaches are not worth the effort. Bailouts of established companies have stifled productivity.

The percentage of “zombie” firms (companies that can’t even pay interest, much less principle on their debt) has increased to 18% because so-called essential companies are kept alive by various bailouts.

When we see things are less affordable, we instinctively blame low wages and higher prices. A look at our polluted financial system indicates that we can’t blame vendors and employers so much as the favors divvied out by politicians as essential. Actually, an honest financial system with none of that is what is essential.

It’s always funny hearing the people that claim to be “chosen” calling other people “supremacists.”

First send stable, well intentioned young people off to kill or be killed to no reason, then wonder what the hell went wrong, then give them dope. Problem solved.