I met this salesman when we took our Sportwagen in for an oil change. I’m posting this for his benefit, but anyone should read it who is concerned for the future of our country. These things add up. Blowback from interventionism in the Middle East, wasted investments in energy or other human needs directed by bought and paid for politicians, huge changes in lifestyle or social norms in reaction to imagined threats promoted by snake oil salesmen who stand to profit from this misdirected capital.

GM Picks up the Pieces… Maybe

The late Frank Zappa declared: “Politics is the entertainment division of the military-industrial complex.” 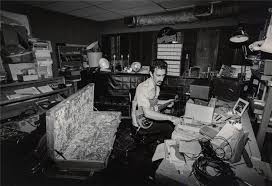 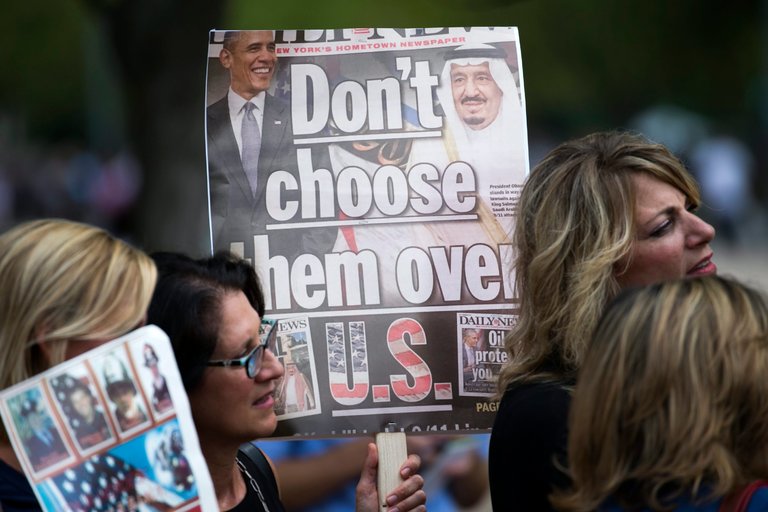 A bill that would “allow” Americans to sue a foreign government over terrorist acts has passed both houses. Yet, Mr. Ohbombya promises to veto it to “preserve international order.”  (http://www.nytimes.com/2016/09/22/us/politics/9-11-saudi-bill-veto-obama.html?_r=0)

Sen. Rand Paul’s expression of opposition to a $1.1 billion U.S. arms sale to Saudi Arabia — which has been brutally bombing civilian targets in Yemen using U.S.-made weapons for more than a year now — alarmed CNN’s Wolf Blitzer on Thursday afternoon.

Blitzer’s concern: That stopping the sale could result in fewer jobs for arms manufacturers.

“So for you this is a moral issue,” he told Paul during the Kentucky Republican’s appearance on CNN. “Because you know, there’s a lot of jobs at stake. Certainly if a lot of these defense contractors stop selling war planes, other sophisticated equipment to Saudi Arabia, there’s gonna be a significant loss of jobs, of revenue here in the United States. That’s secondary from your standpoint?”

Paul stayed on message. “Well not only is it a moral question, its a Constitutional question,” Paul said. “Our founding fathers very directly and specifically did not give the president the power to go to war. They gave it to Congress. So Congress needs to step up and this is what I’m doing.”

Saudi Arabia began bombing Yemen in March 2015, and has since been responsible for the majority of the 10,000 deaths in the war so far. The U.S.-backed bombing coalition has been accused of intentionally targeting civilians, hospitals, factories, markets, schools, and homes. The situation is so bad that the Red Cross has started donating morgue units to Yemeni hospitals.

The Obama administration has sold more weapons to the Saudis than any other administration, pledging more than $115 billion worth of small arms, tanks, helicopters, missiles, and aircraft.

Here is another example of someone we should love because of the enemies she has. I’ve always contended that Mother Teresa was no altruist. That she was a selfish and self serving person. But as Seinfeld would say, “not that there’s anything wrong with that.” We all, because of unbeatable human nature, are at our best when acting with selfish ambition. Mother Teresa did miraculous work because it made her happy.

So,keeping with my busy schedule, using links instead of a lot of original content ( Not that there’s anything wrong with that. Isn’t it better than paraphrasing someone else and calling it my own.), here is a Breitbart article about the hypocrisy of the leftist hatred of people who do good themselves instead of having state power try to do it for them:

Back in the old days we had a barn. The hay mow was where hay was stored on the upper level. There was usually plenty of loose hay to play in and an ideal place for a bumble bee nest. The kids were up there playing and stumbled onto a nest of bumble bees. Since Gretch is allergic to bee stings, Karl threw her out the window (onto the loose straw below). In fifteen minutes she could have been dead if she was stung. Karl is a hero.

The Food and Drug Administration (FDA) is no hero, however. I have to wonder what inspires these people to allow someone like my little girl to needlessly die. Is it the belief that nothing of value exists without state control? Are we now to the point that the sheets for our beds will be automatically locked up until we prove we’ve brushed our teeth for the night? The weird thing is that the people running these regulatory departments are just people, like us. Yet, we bow down to their commands as if they have other worldly powers, unavailable to us peasants.

Let’s say two people were walking along a riverbank. The person who couldn’t swim falls into the river. Fortunately, there is a low hanging branch within his reach. Unfortunately, the person on the bank pulls the branch up out of the grasp of the one in the water. What would you call that?

The FDA still has more than 3,000 pending approvals that were filed before October of 2014. Typical lag time for approval of a new drug, and even an established generic, is still four years. The U.S. Government does not honor drug vetting by other advanced nations. The Danish company, ALK-Abello, sells the Jext pen for $34 to $67 throughout Europe that does the same thing as Mylan’s Epipen. They are shut out of the U.S. Market.

Mylan’s monopoly would not exist without U.S. regulations. When you can die in fifteen minutes from a bee sting, what sense does it make to require a four year approval process on something that has worked for over 100 years.

Epinephrine, also known as adrenaline, was first isolated in 1901. It’s cost is less than a dollar per dose anywhere in the world. The other component in the Epipen is the injector. It costs about $20 to produce.

We had a cow in the pasture with foot rot. She needed an antibiotic injection but my roping skills are lousy. So we borrowed a dart gun from a neighbor. The cow was stressed less than if she were roped, and she got the two 10cc doses that saved her life. The cost of each dart was $5.

I don’t blame anyone for being outraged at twenty-one dollars worth of product being sold for $600. But our childlike reasoning to explain complicated issues will not solve anything. Think of the 3,000 drugs waiting approval and the needless suffering. Mylan is certainly unethical in taking advantage of the FDA’s protectionist policies, but they are not committing a crime.

In attacking Mylan and leaving the FDA’s enabling of monopolies out of the discussion, Charles Grassley appears self-serving. If he were to attack the real culprit in high drug prices he would go after the federal regulatory nightmare that enables opportunistic monopolies like Mylan. Promoting competition would make Grassley a hero, like Karl.

It shouldn’t be such a mystery to David Kruse that we are not offered any good candidates (Wanted: Good candidates, Aug. 26 Farm News).

Government produces nothing. It only stifles those who do. Kruse cites opposition to the Trans Pacific Partnership (TPP) as being anti free trade. That “agreement” is more than 5,600 pages long. It doesn’t take 5,600 pages to say we may trade with whomever we want on whatever terms we agree upon.

Politicians truly believe the myth that bureaucrats and committees can manage society better than an aggregate of millions of personal choices. They believe that totalitarianism can provide greater prosperity than freedom.

That ignorance of economic principles is what drives them to seek public office. And the belief that productive endeavors further the good things in society better than government edict, is what keeps the good people out of the political realm.