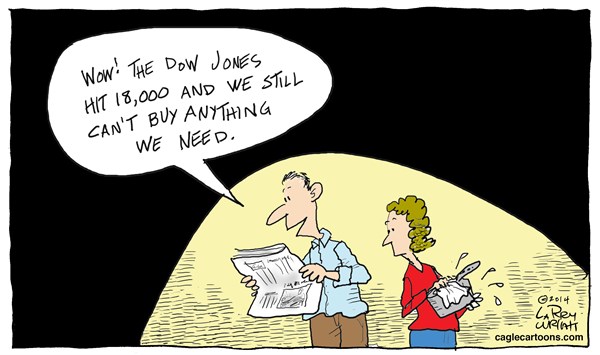 Just look at that smile after the guitar solo. Not to mention the solo itself.

This is from my friend, Zephyr in Grungetown:
“So for me, “Cry Me A River” now that he’s gone. It was always my favourite for far ranging dynamic but- only live version i can find is of questionable fidelity…
In which case you really can’t beat this_”

“Arguably his most known tune, well performed/recorded and remembered.

Now if you’re looking for Leon along- check THIS out.”

…for picking her nose. It was pointed out by one of his readers that cows stick their tongues in their nostrils to inoculate them with enzymes that help them digest the grass. A dubious link to the Frosty cartoon below but still a link.

Since Aaron Robinson wrote his , “Squeezed to the squawking point on emissions” Volkswagen CEO, Martin Winterkorn has resigned. The man did his best to expose the squeeze the climate fascists are putting on the auto industry (not even mentioning those who struggle to make ends meet in the face of unnecessarily inflated living costs).

The world is going broke trying to deal with a theory. Just think how screwed up it would have been if the world’s kings had made legislation based on the flat earth that “almost everybody agree(s)” existed at the time.

I imagine Winterkorn has more than Volkswagen on his mind. I hope Martin and I are alive to see these so-called climate scientists (politicians) stand trial for the biggest fraud in history.

When we first saw Joe Cocker on TV we thought he was some kinda freak. Then our feet started moving. The weird air bass seemed like something I might do if alone and was sure nobody was looking. His appearance was a totally new thing, but old. Like the Beatles. The roots were evident but his covers embellished the original to such an extent that it became an original version of its own without superseding the first one.

Leon Russel was an integral part of the sound. We got to see him live at the Surf Ballroom twice And it was like a faint hint of spice that Cocker’s presence was felt there. But I never saw Joe Cocker live.

We have a JoeCocker cassette tape and that is one reason we bought our CR-V with the CD AND tape player.

I don’t think this studio version of Traffic’s Feelin’ Alright can be beat. And I’ll include Traffic’s version as an illustration of Cocker’s genius.

A video of Cocker live would be appropriate. Can anyone pick which one?

Who has not been stung by bankruptcy? Very few, I imagine. My friend Walter E. Williams and I often use the term legalized theft. Bankruptcy is a prime example.

My other friend, Terry Juhl, got into financial trouble in the 1980s, when US trade policy bubbles burst, throwing farm country into depression. He and Michael Vick have two things in common. Bev loves Terry because he is Terry, and Michael because he plays football. The other thing is they both put morality above the law.

Michael Vick filed for bankruptcy in July 2008, while serving time in Leavenworth federal prison for participation in an illegal dog-fighting ring. He was then earning 12 cents per hour mopping prison floors. Six years later he has almost paid back the full $17.8 million he owed his creditors, including returning $6.5 million of salary to the Atlanta Falcons, his former employer. “Big deal,” you may say, “Vick has earned nearly $49 million during the five years (2010-2014) since he returned to the NFL.” But it is a big—and very heroic—deal because it is rare that Americans who file for personal bankruptcy repay their full debts to their creditors. For the rotten U.S. bankruptcy laws permit individual debtors to weasel out of most of their indebtedness. As the liquidating trustee in Vick’s case commented:

What Michael did was the exception, not the rule. He didn’t have to do this. The law allows you to skate by and pay your creditors 10 or 20 cents on the dollar, but he thought this was the right thing to do.

Vick could have filed for Chapter 7 bankruptcy, under which most of his debts would have been forgiven. Instead he chose to file under Chapter 11, which required repayment of his entire debt. Under the arrangement he made with his creditors, Vick restricted himself to a $300,000 annual budget until his debts were paid off. This was necessary because more than half of what he was earning went to pay taxes and legal fees. Vick continued to repay the salary-related portion of his debt even after the Falcons decided to sell the liability, presumably at a substantial discount, to Fortress Capital, a gigantic investment firm with $66 billion under management.

Vick explained his choice to pursue the path of righteousness and honesty and not to use an unjust law to plunder the property of his fellows very simply and directly:

I didn’t want to stiff people who never stiffed me.

Note on the above demonstration:

“This is the first time Turbo Encabulator was recorded with picture. I shot this in the late 70’s at Regan Studios in Detroit on 16mm film. The narrator and writer is Bud Haggert. He was the top voice-over talent on technical films. He wrote the script because he rarely understood the technical copy he was asked to read and felt he shouldn’t be alone. We had just finished a production for GMC Trucks and Bud asked since this was the perfect setting could we film his Turbo Encabulator script. He was using an audio prompter referred to as “the ear”. He was actually the pioneer of the ear. He was to deliver a live speech without a prompter. After struggling in his hotel room trying to commit to memory he went to plan B. He recorded it to a large Wollensak reel to reel recorder and placed it in the bottom of the podium. With a wired earplug he used it for the speech and the “ear” was invented. Today every on-camera spokesperson uses a variation of Bud’s innovation. Dave Rondot (me) was the director and John Choate was the DP on this production. The first laugh at the end is mine. My hat’s off to Bud a true talent.”﻿

Obama stated in many ways that he thinks sanctions don’t work, while explaining his step to normalize relations with Cuba.

Then, on the same day he signs a bill escalating sanctions against Russia. The bill also spends $350 million more on “lethal” aid to Ukraine. The bill was passed in a weird after hours session of the House with only three votes cast. Nobel Prizes should never have any legitimacy again and any news agency that reports on such nonsense should also report on our cardinal, Red, making another dive at his reflection in our windows. Because it would have more significance.