A few years ago we toured a factory in Cedar Falls that made some really nice pickup campers. They were in the process of building some campers for shipment to Argentina. Just think, they could do that economically enough to offset shipping all the way down there in spite of the general idea that our manufacturers need forced “fair trade” to compete in the world.

One camper they were building was for a Volkswagen Amarok (“wolf” in Inuit). The Amarok has been sold everywhere but in the U.S. for quite awhile. It is about the size of a Toyota Tacoma.

In 2014, a nine-man crew took three Amaroks 9,942 miles from Moscow to Kamchatka to promote the Sochi Winter Olympics. They had long travel shocks, big tires, and some cold weather modifications but otherwise were stock. They used the same engine as we have in our 2015 Sportwagen TDI. They set the Guinness World Record for off-road travel across one country.

There are other examples of small pickups essentially banned from U.S. consumers. The rest of the world has Ford Rangers and the Toyota Hilux. They are built overseas. You’ve probably seen a Hilux on the news in far-off lands. The Hilux is recognizable as the choice of terrorists and third world governments because dependability is important in war.

A couple vans that have become popular for delivery and tradesmen are the Ford Transit Connect and Dodge Sprinter. They are both mostly built overseas. The Dodge is shipped here and then completed with domestic parts. The Ford is built in Turkey with windows and passenger seats. When they arrive in Baltimore the windows are replaced with metal panels and seats are scrapped. Subaru put seats in a pickup bed. All this so they could be called “passenger vehicles.”

Americans have become pretty good at bragging about our freedoms while accepting the lack of it. That these vehicles are either unavailable or overpriced is a perfect example of a small group profiting at the expense of the majority.

In 1963 Europeans complained that U.S. frozen chicken imports were being sold “below the cost of production,” so they imposed tariffs that resulted in a 25% decrease in those imports. Lyndon Johnson saw this as an opportunity to gain favor with union constituents and U.S. manufacturers. A 25% tariff was imposed on European light trucks along with some other products whose tariffs have since been withdrawn. Potato starch and domestic brandy unions aren’t so important so the Chicken Tax remains only on light trucks.

There was hope the Chicken Tax would be phased out with the Trans-Pacific Partnership agreement. But that idea faded away when the partnership was viewed as too advantageous to our trading partners.

The bottom line is that consumers are always hurt when government steps in to make things “fair.” It might seem like a good deal today, as evidenced by the outrage of agricultural exporters at the recent steel and aluminum tariffs. But as the free market guides business decisions less and less, over production and other forms of malinvestment will eventually make things more expensive for everyone.

Basically, U.S. made pickups have been the most profitable (and overpriced) sector of the auto industry for a reason. The Eighth Commandment addresses that reason but we just tolerate it as the status quo. It is time we demand principled politicians whether it benefits us directly or not because, long term, we would all be better off.

Gotta love that liberal group. They exposed, slime-ball Bill Dix smooching with a lobbyist babe in a bar. He is (should be was) married, with kids.

An Iowa attorney called it an abuse of power. Haha. I’d say the lobbyist was abusing HER power. But then…

Anyway, he is so stupid he makes out in public with this gal, he proves he can’t abide by, what should be THE most important contract a man can make.

My fondest wish would be that everybody in the statehouse gets found out so no one is there to redistribute our earnings to their favored Charities (bosses). Look at the rest areas and there is the tip of the iceberg. The one between Des Moines and Council Bluffs has these soil profile designs on pillars that are crumbling faster than the myth that Iowa farmers care about the land. What are they there for, unless to shovel money at some cony contractor.

Don’t single out Dix. My dad said it takes three days. I say it varies. But learning the ways at the statehouse is easily translated as being bought. 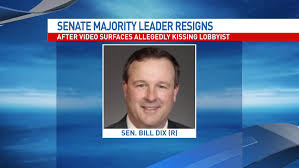 … Uganda, 1980. It sure makes the issues freaked out about today seem inconsequential.

…. sometimes might not be a such a great idea.

….to make their decisions. I doubt Orwell had any idea what a prophet he was.

Another shooting in a gun free zone. Well, I’ll be.

The only people equipped to stop the carnage were law enforcement, and they were hiding. Now the surviving students of the Florida school want these people to have exclusive control over “assault rifles.”

The deputies and resource officer who shirked their duty, obviously don’t represent all other law enforcement. What they do represent is the futile prospect that government can make this a perfect world.

Before we go on, let’s review the reason for laws. Laws are made in advance of any problem in order to have a place where opposing parties can agree on who prevails without the emotion of the moment creating an environment where a precedent is set that we might regret later.

Not to trivialize the shooting in Florida, but how small is the consciousness of these “do something” folks?

I remember going to a march against the Vietnam War on Market Street in San Francisco. The street was packed with 400,000 people as far as the eye could see. The only violent act I witnessed there was when a little old lady was crowded off of the sidewalk as the crowd grew. According to the Alameda County Sheriff Deputy who was bashing her over the head with a night-stick, she was jay-walking. Four hundred thousand people and the only violent one there worked for the government.

Over the past nine years there have been 156 mass shooting incidents. Only one of them was perpetrated by someone under 21 years of age and only one of them was committed with a gun purchased legally. How will the proposed new laws make enough impact to excuse the restriction on the rights of ordinary people?

There are around 55 million school children in the U.S. In the last 25 years there have been an average of 10 students killed by gunfire at school.

If the airlines had been responsible for the safety of their passengers instead of the government, the 9/11 disaster, thus The War On Terror may have been avoided. If schools were private and parents could choose a school that allowed employees to stifle attacks, “just one life” could be saved.

Just think of the savings in lives and money if we were simply allowed to defend ourselves in any manner we see fit with the government intervening only when it is necessary to protect its citizens.