Well. I just gotta come out with it. I’m not a racist. There I’ve said it. I think a racist is someone who says there is a difference between the races. Oops, I guess I am. You’d have to be a fool to say there are not traits within races that differentiate them from other ones.

I’m no Zen Master so when I climb in the tractor I want input. I get classic country, then another Eddie Arnold comes on. I switch to talk radio and find veterans have replaced Jesus and John Lennon. I switch to public radio and if there was no race or gender “issues,” it would be dead silence.
My god! Our blessed government supports the Saudis’ genocide in Yemen and various dozens of war crimes worldwide and we talk only of a few idiots who think people of color or gender confusion are going to change the world into offensive this or offensive that?
I found the Baldwin thing fascinating and familiar. It was like a song by The Eagles, i don’t need to buy the album because it is all around me all the time. I can whistle the guitar solos.
BTW, I find the military worship equally redundant and unnecessary.
Other things to consider on this day:
1. Sergei Eisenstein’s 120th birthday. Google praises the man for his wonderful propaganda convincing people to accept tens of millions of murders as a path to social justice. I prefer to admire his craft as craft. Maybe one of the greatest filmmakers ever.
2. The 45th anniversary of Lyndon Johnson’s death. RIT (rest in torment). I saw this article in The Guardian where the guy so appreciated the ruination of personal relationships perpetuated by LBJ that he excused the escalation of the Vietnam War. (Personal relationships explanation: The Civil Rights Act basically banned private property and that will come back to haunt anyone who takes a stand. Charity no longer personal or private reduces gratitude and incentive to correct bad circumstances. The large pool created in this circumvention breeds fraud and disrespect.
3. To make it all better we watched this tonight: https://www.youtube.com/watch?v=kxNpHBshsvk

It looks like North and South Korea may compete in the Olympics as one team. 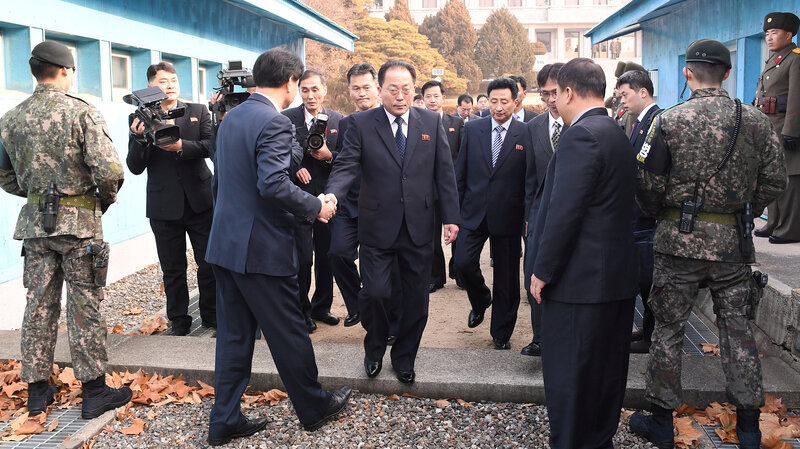 … for Cambodian guerrilla in Vietnam. More bombs were dropped on Cambodia during 1969-1970 than all that we dropped on Japanese in WWII. In whose eyes is a split with Pakistan a bad thing (Jan. 11 WSJ)? Why do we consider all these unilateral relationships alliances?
When I was a kid we put a burning paper bag full of dog doo on a neighbor’s front porch. China is now that neighbor.

Quote:  “While I want to reduce our uncompetitive corporate taxes, this is not the year.”

Nothing needs to be added to that.

Quote:  “And today I am calling on the legislature to pass legislation to reduce the number of opioids prescribed in Iowa.”

For 93 years the government has been trying to regulate opioids. What was that famous quote about defining insanity? Yank the safety net and see how friends and neighbors help their addicted loved ones instead of restricting access to people in need of proven relief. Once it is understood that we must be responsible we will be.

Quote:  “I also want to increase our support for apprenticeships, that’s why I have included an additional $1 million in my budget to expand Iowa’s current apprenticeship program to help more small- and mid-sized employers offer these life-changing opportunities.”

Wow. increased government spending from a Republican. Seems we individual citizens just can’t do anything without the element of theft.

The Hampton paper has a notice I post here “almost daily.” Well. Not true… for a long time now. But… there is much to say as an alternative to the crap we hear unless we are deaf. So… 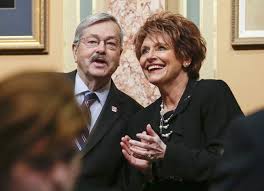 On the radio today, a state winery and brewery guide.

Here we are in a place where drunks are one of the most destructive influences in the personal lives of all of us. And the state publishes a list of where to buy the stuff. (Not that drunks would search out local wine or craft beer.)

Meanwhile, medical marijuana has been “legalized.” But only one grower is authorized to grow it. And he is state approved, of course. Can you give me a better example of crony capitalism?

Disclaimer: I do not advocate for the use of any substance.

Marijuana has a minute negative impact on society compared to alcohol. What would that make the state of Iowa? To me, it is obvious who the real criminals are. That is, if you consider laws are meant to preserve an orderly society.

If you think laws exist to grant favors to special interests, restrict medicine to people in pain and enable stupid behavior, you approve of Iowa’s politicians.

As I go about cattle chores I get a chance to listen to the radio and catch up on the establishment line. It was especially thought provoking listening to NPR’s Fresh Air interview show day before yesterday.

Terry Gross’s guest was Evan Osnos, who wrote an article in The New Yorker about how Donald Trump is enabling China as they intrude in our dominant role on the “global stage.” He claimed that Trump was “reducing commitments abroad and withdrawing from treaties,” while China was taking our place. His premise was that if the government doesn’t do it, it doesn’t exist at all. He inferred that no research was done by private companies and no foreign relations exist outside of government relations when comparing our countries.

Relationships with other countries are actually stronger when left out of the hands of our government. There are lots of individuals and private companies who do quite well dealing with foreigners. Their interests are represented directly rather than through bureaucratic processes that often lead to coercion and adversarial relationships.

What is it that drives people like Osnos to view the world as a contest between governments? While I think competition is the best driver for progress, when left in the hands of government it produces waste, not progress. Government produces nothing, so how can it compete unless through force?

In the news today, a Pakistan official accuses the U.S. of betrayal after suspension of military aid. Finally, the government is doing something to make us safer. You can’t give aid to one side without making enemies on the other. If this is the kind of reduced commitment Trump wants, then I say “hear, hear!” But I doubt it. Two hundred thousand troops and 177 countries to go.

Here is my idea to make America Great Again: An Amendment to the Constitution that mandates 5 years in federal prison for any government official who does not uphold and defend the Constitution as his oath requires of him. I would also require each prisoner to wear high heels and have “It’s a Small World After All” played in a loop the entire time.

The weaning process will be tough. But if we enjoy the luxurious lives we live today, we should look back at the days of no safety nets, no foreign entanglements and no crony capitalism. We are making withdrawals from that account at an unsustainable rate.

We have 100 million armed, law abiding citizens here who have a personal stake in defending our freedoms. We have a vast network of caring individuals who do step up to help those in need. What makes these things difficult is a government full of people who don’t seem to understand. They get in the way.

When I think of my hourly wage days I think of Milton Freedman’s (self proclaimed) biggest mistake, the withholding tax. But today I thank Terry Gross and Evan Osnos for helping me think of it as a verb instead of a noun.