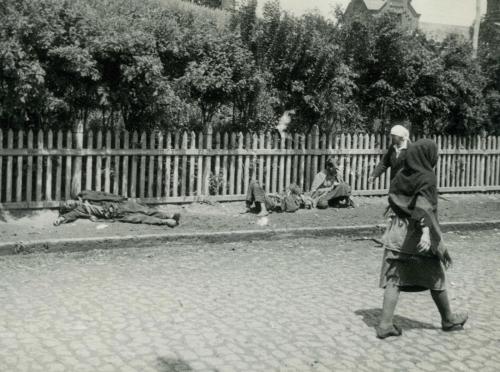 I hope some of the fine listeners and followers of Bob Dorr’s great rock and roll history show came here from the plug he allowed me as I guested today. I have some disagreements with IPR viewpoints but none of us are actually bad, just misguided. Our mutual interests should help us learn and get along and make things better, right?

I’d guess a lot of you find a mutual interest in this incredible band and T-Bone Walker. We took our son and his friend, both high school trumpet players to Iowa City to see Dizzy not too long before he perished. He’d seen better days but the band was mesmerizingly talented and together.

Check out this ultimate crossover collaboration with Walker having a blast and the boys in the band grooving along with history:

Are you under your desk? As a child of the Cold War years I distinctly remember huddling under my desk at school when the siren went off. I wondered at the time if the kids in Hiroshima were under theirs when we supposedly couldn’t end World War II without the atomic bombs.

How silly to believe such a thing would protect us from that awesome power. And how silly was it to believe that a country with a Second Amendment could be overrun and and dominated by Japan. Military power is an amazing thing; a guy thing where we marvel at the technology and efficiency such as the ramping-up of our industrial capacity in answer to the Axis threat.

It is interesting to note that as we decimated Japan and Germany it wasn’t long until I saw my first Toyota Corona (hmm). Economic signals of a trend toward economy and usefulness were overshadowed by the devastation of two industrial competitors, and Detroit let down her guard.

Intervention in nature, whether financial or organic, always leads to unnecessary setbacks. The human body has faced constant change in viruses as evidenced by the failure to produce an effective flu vaccine or any vaccine for the common cold. Think of the goldmine that would exist for drug companies if these vaccines were developed. It has been tried.

That failure has lead to a generally accepted idea of mandatory vaccinations. When business fails in this country they always seem to beg for government to rip off the people to produce profit. Of course this was inevitable in light of the dependence that has developed on government as a convenient replacement for honest and natural human interaction.

As a diversion from reality, face masks are being touted as a viable obstacle to the spread of corona virus. In the case of face masks, extensive randomized controlled trial studies have shown that the particles of corona virus are too small to be stopped by paper masks, much less bandannas. The masks mostly serve the same purpose as a bumper sticker. They say, “I’m good,” that’s about it. It’s the same with random crowd size limits or social distancing guidelines.

None of these efforts can compete with one of God’s great gifts, natural evolution of our body’s complex interaction with the world around it. Stick a mask on, stay isolated, chant prayers all you want, we can’t outguess Mother Nature.

As we wage this war against the virus in May, Military Appreciation Month, it is good to look at the big picture. Politicians have been using our military to intervene where it benefits donors, not the general welfare of the people. We see this new war, the one against the virus, and it is looking like a vaccine promotion program and a campaign fundraiser. The governor of New York included in his order to stop forcing nursing homes to take infected patients a provision giving immunity to executives who make bad decisions in medical facilities. The association representing those executives have given Andrew Cuomo’s campaign for governor over $1 million.

Over the past Memorial Day weekend Martha MacCallum asked a 95-year old Marine veteran of World War II what he thought he was fighting for. He said something about freedom and the privilege of living in a free country, “except for the last two months.”

Our military would do us a great favor if they seriously considered what freedom is and looked at our own country. 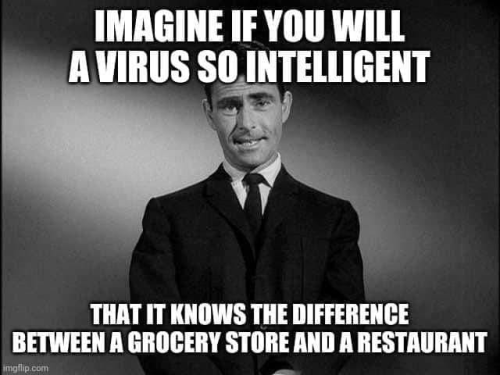 I’ll take a leisurely ride up a gravel road or even some carving of timbered woods anyday. But these guys are Danny Macaskill with a death wish: 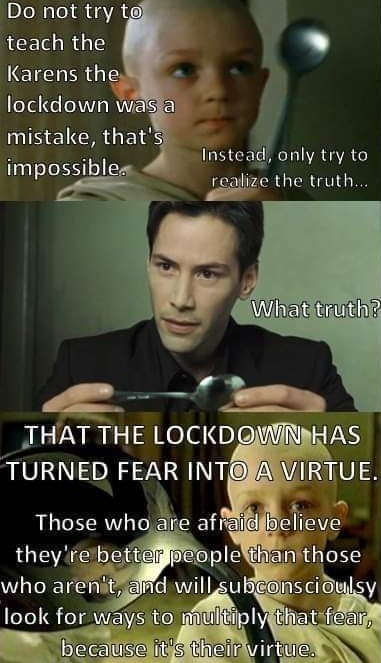 It’s kinda weird to find comfort in hearing somebody burst into tears because they are laid off, getting unemployment and have lots of time to do nothing. But that’s what happened to me. On the other side of the coin is the universal basic income crowd. Really, is self esteem only a meaningless catch phrase now? Can one really be happy with their hand out and glad for the pandemic? I’ve heard it’s true. If so, it’s the end of a great experiment and a sign of failure. But then it was a beautiful day today.

The rain stopped in time for the 5 Memorial day services that Dawn sang at. Many were cancelled out of fear of weather and advertising. We saw many old friends, heard some tragic news and some good news, smiles, tears. Like the first day of spring.
Check the blog: https://alternativebyfritz.com/
Thanks for reading and enjoy the wonders of the season, Fritz

Good News is No News

J.C. Penney is declaring bankruptcy. That’s where my mom would buy my perfect t-shirts. Later they sold Big Mac jeans which were great for working in the woods. They’ve had some ups and downs, cheapening up their t-shirts and jeans, losing their way and finding it again. Ever done that? Locking their customers out did them in.

I wasn’t forced to sell t-shirts like the taxpayers were forced to fund GM, which by the way uses Japanese engines in their super patriotic diesel pickups.

The federal government doesn’t work that way. The Defense Department failed to protect the World Trade Center and not only didn’t anyone get fired, their funding was increased astronomically. If this is how they operate in the War on Terror, do we want them managing the response to an enemy like a virus that we can’t see and can strike anywhere?

Well, as my mother-in-law used to say, “We’re here now.” She was a Buddhist and didn’t know it. Anyway, there are two factors to take into account so we can recover and also avoid this disaster next time. Forty million unemployed is a disaster, and although 100,000 dead is horrendous, we have to realize that people are dying every day and of those 100,000 hardly any were not going down that road before the virus hit.

How did the response to this virus become an economic disaster? Social media is blamed for a lot of things these days. So much is not verified yet taken as gospel. Rather than some kind of conspiracy to chip us and ship us, I think it looks like simple economics. News is paid for by advertising. Advertisers don’t pay if no one is listening or watching.

After 9/11 we were all glued to our TVs. It was a profitable time for media. Lately, all the usual dire threats had become benign. People were beginning to return to their workshops, bicycles, and concerts. That’s not good for media and it’s not good for politicians who need to be saviors from Trumps and Antifa and so forth.

Nobody manipulated the media into blowing up a bad flu into a world emergency. It was just good business. The trouble is that long ago the safeguards of limited government (the Constitution and competition between states) was abandoned for the same reason common sense was abandoned regarding the virus. An old Burger King ad explains it, “Sometimes you gotta break the rules.”

Since Mom said it already, let’s take it from here.

In March, the World Health Organization estimated a 3.4% fatality rate. Anthony Fauci (who claimed AIDs would devastate the world population) estimated a 2% fatality rate. This is not .26%. And if you take into account collateral damage from this misguided war, the cure is looking more like it is worse than the disease all the time.

The governors of New York and Pennsylvania both ordered nursing homes to take contagious cases into places ripe for a disaster. Will they be charged with murder?

Will these politicians pay students and schools for lost tuition and time? Will they invite former business people into their homes when the shutdowns have cost them everything they own?

In Georgia, average daily deaths have dropped from 36 to 7 in the three weeks after they opened for business. In Florida, daily deaths are halved since shutdowns were lifted. In the state of Washington, public health officials have admitted that deaths from gunshots were counted as Covid-19. Hospitals get federal money for each case. There is a lot of incentive to cheat.