Is anybody else sick of “current events?”

I’m writing this before Christmas, for it to be published after Christmas. The early deadline and the onset of winter (today is the first day of winter) have not allowed this procrastinator poster child to do enough research to write about the issues we are supposed to be concerned about. So here is the story of my escape from California.

After a year of college I quit. My dad, who was subsidizing it, hit some hard times. The market said quit when I heard from a relative (who, I can’t remember), “why don’t you do something constructive.” The college wouldn’t “educate” me for free.

I installed skylights around Oakland and Berkeley until I looked down and thought about life as an invalid. I had worked in restaurants before so I ended up living six days a week at a restaurant in Sausalito and sleeping on the dining room floor. I washed dishes, cut up vegetables and maintained the place while my room in Oakland sat empty, as far as I knew. I had to hitchhike across the bay to get to whichever place I called home.

Meanwhile, my roommates in Oakland were replaced by junkies. They threw-up on my compost pile and nothing of value remained. That helped me decide which place to call home. Looking at the big picture, and having back-packed in Idaho and Montana, my idea of home was somewhere in the future. It didn’t include California.

Anyone who knows me knows that I call myself the luckiest guy in the world. Want more proof? Here it is. One day I was pulling dandelions out of the pea-gravel around the restaurant and under one of them was a one hundred dollar bill.

Then, the next week, I went to Sumitomo Bank in Oakland to withdraw $56 from my savings account for another month’s rent. That doesn’t show much optimism, does it, yet. As I walked out of the bank I discovered a mistake in my passbook. Just like The Fed, Sumitomo Bank had created $130 out of thin air and donated it to the save Fritz from California fund. In a fit of dishonesty, I closed my account.

The cook had a 1959 VW he sold me for $200. I adjusted the valves, rebuilt the brakes and painted the roof silver (instead of air conditioning) and was ready. The cook looked at the roof and said, as he so often did, “just like New York.”

A friend, who would later be the best man at our wedding, and I took as much gravel and dirt road as we could to get to Missoula.

Not only am I the luckiest guy in the world as evidenced by the wife I found in Iowa, but also being born in a country where we are free to move about and find a better life.

I later mailed $130 plus interest to Sumitomo Bank. 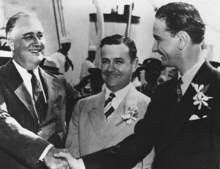 Christmastime is here and that means my favorite pastime; ringing the bell for the Salvation Army. Ha. Who woulda thunk it? A died-in-the-wool pro-lifer working for an army.

Actually, they fed and boarded me for a time when I arrived in Alaska too early for the logging season. I’ve felt indebted to them ever since and sent a check for years. Then the opportunity arose to beg for them here in Hampton. Tomorrow will be a special day as I’m privileged to ring again. It is unbelievable to me that bell ringers have to be paid in some places.

This special day we can be thankful for John Lennon, a walking dichotomy, who was gunned down 45 years ago (as I write this), on December 8. He was a powerful voice for peace and yet advocated for just the opposite in his communist ideals. Communists don’t ask nicely. They have murdered 100,000 non-compliant comrades in establishment of their brutal system worldwide.

There are a lot of people like John who campaigned against the Vietnam War and yet today root for that most brutal of economic systems, although they might call it social justice or equality. It puzzles me.

Even more of a special day was yesterday, Pearl Harbor Day. December 7, 1941 was the day Japan retaliated for the maritime blockade Franklin Roosevelt imposed, stopping all raw material imports to a country that had little of its own, and the confiscation of their assets in the United States. FDR was a true poster boy for the evils of big government.

Were his domestic programs any less destructive than his dragging us into World War II? A Great Depression that lasted 16 years can hardly be called benevolent domestic policy. Warren Harding’s hands-off approach reversed a worse downturn within a year in 1921.

FDR’s toughest competition for most evil president would have to be Lyndon Baines Johnson. Lauded as a compassionate advocate for civil rights, further investigation reveals a swath of destruction from which our country may not recover.

It would be dishonest to deny the association between LBJ’s Great Society programs and the generational welfare state that has become as much a quagmire as Vietnam. The idea that our property was our own to control, was lost due to the Civil Rights Act of 1964 and his other social programs.

It might be politically incorrect to say it, but government programs are more profitable today than private business, all the way from government funded homeless shelters to huge alternative energy scams run by seemingly respectable people. The cost to the average working person cannot be estimated in such a complex web of deceit.

Did Lyndon Johnson know that replacing family and charity with government would destroy the self esteem of millions of Americans? Did he know that sending my classmates off to die in a war he knew was unwinnable would devalue life to the point where the destruction of the Middle East would hardly bring a sigh?

Without government there is us, helping neighbors in need. And using The Salvation Army as a charity, where gratitude takes the place of pride in cheating the system. We lift each other up through tough times. We appreciate each other.