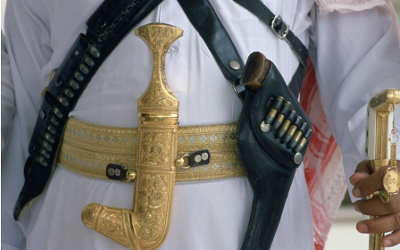 Is it barbarity we detest? Then why would we be allied with these people? The Saudis manipulate our representatives the same as Israel. When our government should only attend to governing the U.S. these alliances cost us all in ways that cannot be underestimated. So Americans who choose to keep their lives simple by ignoring things that seem to be out of their control are essentially leaving their doors unlocked in a neighborhood in the grips of a crime wave.

I’m swinging through the trees in my snakeskin cowboy boots. My loin cloth falls away onto the bass player’s head. He continues to harmonize. The traffic gets so heavy, people leave their cars and walk in a trance melting into the pavement. It can’t be helped. It happens all over. Soon all people melt into the pavement and the earth is saved from destruction. But nobody knows about it.

This time to Car and Driver:

The rules broken in the VW diesel scandal are totally arbitrary and possibly politically motivated. But one thing demonstrated by Car and Driver in the December issue is that the perfume ad made the magazine stink way more than my sister’s Jetta. If her TDI were odoriferous, it would be useful where I read the magazine and I would prefer it to the December issue.

Believe it or not, I forgot to post this. They didn’t print it:

Reports on the diesel car scandal at Volkswagen have added a new tool in the drawer as we evaluate news sources.

In “EU Demands VW Details,” (Business & Tech section, November 10) I read these words “… when it comes to carbon-dioxide, a powerful greenhouse gas that contributes to climate change.” This confirms my skepticism while reading other stories in The Journal of which I am less knowledgeable.

With a more holistic view of their paper, the editors would have put the factual “The Climate Agenda Behind the Bacon Scare” in the Business & Tech section and the questionable VW article in the Opinion section.

What is it really about Russia and Putin? Is it something like my friend, James, who got sick drinking scotch as a kid and now can’t stand the stuff?

And what is it about ISIS that elicits so much love from so-called patriotic Americans? If you hate snakes, you love rats.

I know several people who would welcome a foreign invasion of the U.S. to depose Ohbombya. But isn’t that our responsibility? I mean, if we have an actual good president we would resent it if France sent their navel sea lions to sneak ashore and slit his throat, eh?

So you want an actual ally? Not some leach country that only does a one way alliance? Look at Russia.

Can’t our government do one thing right?

Hillary says we should enforce no-fly zones in Syria. ISIS has no airplanes. What gives?

Chipotle Mexican Grill serves “food with integrity.” E.coli 026 seems like a strange sort of integrity. But then, over the centuries natural, humanely raised food has done a lot to improve mankind by weeding out those of us to weak to improve the species.

I’m not sure of the connection but I could do without either arrogant snob.

I call out “Shmokers” in vain. She hasn’t helped me tie my boots for three days now.

When Dingus, our red healer who killed every cat she found, went blind about twenty years ago we got a mama cat and three kittens to help replace the worthless poison we had been setting out for mice. The poison mostly just turned the turds blue. Oh boy, blue turds. The kind of excitement produced by the NFL and Mr(s)Jenner.

Dingus bounced off stuff for about three years and was unable to kill a cat. Shmokers was the kitten who survived the rough farm life we use eugenically on our cat herd. I guess she was the matron of our whole herd in one way or another.

She had a kitten this year too late. It was so tame, not like the others. It was scheduled to go to  housecat utopia in Minniapolis but we eugenicists have to stand on principle and she perished due to cold and, probably distemper before the bus left.

Anyway, I’ve always hated cats, and dogs don’t like me because I don’t take walks. So now I mourn for Shmokers, who at least would walk up and say hello, but stay the hell out of my way. I don’t understand why it took so long, though. She’d never move until the tire touched her.

By the way, it was about a month ago that I saw Shmokers  carrying two mice back to the shed where the cats are fed, to feed her baby.

Steve King is the most unAmerican of any blowhard phony piece of crap politician ever to fly back and forth from Deviltown to Iowa every week to infect us with his deadgod bs. Mr. “constitutional conservative” doesn’t just tolerate intrusive government, he pushes it with a fervor of a fascivangelist. We lost our way long ago with idolization of Lincoln and FDR. King goes these guys many better. He decries “the liberals” and the democrats and never does anything to eliminate their destructive welfare state. Instead, he adds to it with a totalitarian domestic and international welfare state that leaves individuals savoring the tiny bits of liberty he overlooks. Ted Cruz has some good soundbites. That’s about it. If Jesus were still in his grave, I imagine he would be turning over in horror at the filth that comes from the mouths of the people who wear him on their sleeves.

Have you ever heard of sofa men? In the oil-rich countries of the Persian Gulf most men work for the government. They sit around dozing and watching TV, sometimes carrying papers to and from one office to another. These countries include Saudi Arabia, Bahrain, Qatar, the United Arab Emirates and Kuwait (where 84% of the workforce works for the government). These are the people who remained on their sofas and in their Rolls Royces while our servicemen and hardware freed them from an Iraqi invasion in 1990.

Nearly all manual labor is performed by foreigners in the Gulf States because the pool of oil below has made work unnecessary for natives. But now low oil prices are starting to impact the financial landscape. Governments are offering incentives to the sofa men to start businesses and get jobs in the private sector.

This really hit home when I read about the Million Student March. A Washington Post article, dated November 12 stated, “Students at 110 college campuses across the country planned to walk out of class Thursday to march for an affordable education.”

My first reaction was, “ keep walking.” But being kind and compassionate, and always trying to see the other side of issues, I forced myself.

As a farmer, I take my crop insurance, which is really a welfare check. I have a sales tax exemption for farm supplies. And we sent our kids to public school (admittedly with a promise to be enthusiastically involved regarding the opinions of the university trained teachers).

I’m on the dole just like everyone else. When the dole is part of the balance sheet for everyone, we take it to remain at work; even though in the big scheme of things it distorts the market, creating untold waste.

When we read newspaper stories online, oftentimes a comments section follows. Comments on students complaining about debt they agreed to take on, low wages in jobs they applied for, or even any cost at all for an expensive service they agreed to buy, inspired some pretty belligerent comments.

I’m sure the students work hard at their studies, but only precedent justifies that anyone but themselves or willing parents pay for their education. That precedent starts with kindergarten (or now preschool and even WIC). The fact that one penny was taken for someone else’s benefit without the donor’s explicit consent became reason to take another. Now the whole cost of college is to be borne by someone with no skin in the game?

Educators believe in their mission so they hold up education as the ultimate path to prosperity. Does this mean that free college for everyone will eliminate poverty? Who is going to fix your car, mow your lawn or serve you a taco? The $15 minimum wage they also advocate will make the taco unaffordable to them unless there is also a taco subsidy.

The wealth in the Persian Gulf and the wealth financing free college were both discovered in the early 20th century. The Federal Reserve and income tax do the same thing as oil except our pool of wealth drains our own citizenry instead of an ancient puddle of goo. The pool of oil these students wish to tap is the remnants of an economy where things were made to satisfy demand and sold only to those who could afford them. Wasted resources were mistakes, not policy.

I pity those students in the Million Student March who march for a free education and sofa men who lack the satisfaction of earning a return for a service that is anxiously sought after by a willing buyer. Students who earn their way to their own education will be rewarded with a learning experience more valuable than the sum of its parts.

Grovelling for a living will not promote self esteem. It is not their fault. The incremental nature of the source of their complaint makes it impossible to remedy.

What would really improve this country is when states sell all universities to the highest bidders. Then the new owners do whatever they can to provide a product to accomplish a goal at a price the students can afford. Anything else shouldn’t exist. Loans would be made from banks or investors expecting to be paid back and students wouldn’t borrow unless there was an expectation to use their education to pay it back.