Chopping grass silage takes some concentration as I try to keep the machine full to optimize efficiency. I can still listen to the radio and I’m seldom shocked anymore.

They were talking about the Supremes overturning the Texas abortion regs that made it “necessary” to travel over 100 miles to receive reproductive healthcare. No kidding. That’s what they said.

Tonight Dawn and I started a movie (The Good Lie) about Sudanese children walking hundreds of miles fleeing war, their parents murdered by heroes, as we call them nowadays. One kid died of thirst, another died of disease, another was conscripted, another was gunned down by the heroes. We got sleepy and that is where we left it ’till later. It all seemed just happenstance. Circumstance. Chance.

But in Texas these women were cheering like they won the lotto at the news of the court decision, I mean hysterically.

As part of the NPR story I heard this, “Death results 14 times more often from childbirth than from abortion.” Sudan is way more civilized than the studios of NPR.

The Texas law was obviously an attempt to circumvent Roe v Wade. It didn’t work. Since Brett mentioned Lincoln and Brexit (the other big news item of the day that never had a single thing describing why but just uncertainty. Bank stocks down 3% to 16% still doesn’t come close to justice considering years of inflationary government policies and fractional reserve banking), it got me thinking of Texit.

The reason for a union of independent states is to enable competition between the states which would provide freedom to find your niche and progress through growth in states that have constructive policies.

Would you like to live in a state that allows mothers to murder their children?

I have this friend who I’ve never met. We both like to write. We both want to make the world a better place. As a team we say the same thing in different ways. Maybe one will click better than the other. But here is what Brett Pharo had to say about Brexit. Prolly the best indicator that we’ve come a long way since that bastard, Lincoln, thought 600,000 people had to die so his precious union was preserved.

Really. What would it look like today if The South simply had become another country? To believe slavery would still be a part of their labor system is silly. Separate governments more accurately represent their constituents. Cultures don’t clash, they cooperate, yet still compete.  Workers perform better when they want to earn a living than when they are forced to perform. A short glance at union shops vs private businesses across the country will make that obvious.

Anyway, here is what Brett said in his Random Thoughts From the Corner Chair column:

“Luckily, I don’t think the European Union leaders will follow the example of the leaders of the union on this side of the pond in the 1860’s.  I don’t see them calling for an invasion of the UK to force them back into the union, as Lincoln did in America.”

Max Boot,  “American might to promote American ideals,” shows just how the neo-con mind works when he said, last week, “There is no reason why the American public should be able to purchase military style semiautomatic weapons such as the AR-15.” The shooter in Orlando used a Sig Sauer MCX, not an AR-15. Max must have been influenced by his repetitive reading of Huffpo and other leftist sites that form his opinions for him.

Anyone with a brain can see how there is no difference between Killery and Max and all the other jerk-heads who think American citizens should be on the hook for world domination at any cost. So get over it, Republicans. Killing a million people in Iraq, plainly to line the pockets of defense (hahahaha) contractors was an evil thing to do. Wave your flags and crosses all you want. It won’t change things. Conservatives claiming to be pro life are as big a hypocrite as there is. Life outside the womb is also sacred. Terror can fall from the sky. Terrorists who perform their evil deeds from containers in Nevada, then go home to their unharmed wives and children are, many times over, bigger cowards than crazy Muslims who do their attacks face to face.

Killery, Max, Dick, GW and all the rest believe, like the liberals they denounce, that they are a special breed, more qualified than their lessors to make decisions that affect others. A common thread. Bring back the guillotine.

The mass shooting in Orlando is tragic in ways beyond the immediate loss of loved ones and the terror experienced in the event.

Well-intentioned advocates, pundits, and politicians jumped on the news as a way to further their own agendas. They all approached it from the aspect of top-down management of our world, as if they run a zoo.

I actually heard Senator Joni Ernst say that if President Obama hadn’t pulled our troops out of Iraq we wouldn’t be experiencing so many terrorist attacks. No explanation came after that about how destroying and occupying a foreign land wins friends. She joined the chorus of voices calling for rebuilding a military that is twelve times larger than any other on earth, in response to one jihadist in a nightclub.

I don’t want to lessen the importance of Islamic jihadis. It is an important issue. But that issue has been so convoluted as to become the reason for expansion of government at any cost. The right’s obeisance to the military industrial complex has blinded them to being reasonable regarding the military’s mission to protect the United States.

For instance, an article in last Thursday’s Wall Street Journal titled “U.S. Struggles to Replace Afghan Aircraft,” it contained this quote: “One helicopter exploded in midair, victim of a suspected grenade accident on board. Another was destroyed when another helicopter accidentally opened fire on the tarmac.” Military leaders are upset at Obama’s sanctions that don’t allow us to replace these $19 million Russian helicopters. What does this have to do with protecting Americans? Wasn’t the Soviet Union going down the same path when it went belly-up?

Everything has a cost. The risk of dying in a mass shooting in the last year is 3.6 million to one, compared to the risk of being struck by lightning at one in 1.2 million. Even spending unlimited funds to make every single person in the U.S. a bubble boy, would still have unforeseen risks.

To lessen the risk of being struck by lightning, we can stop waving golf clubs at thunderstorms and go inside. To lessen the chance of being killed in a mass shooting, we can stay away from gun free zones. But in Florida that would mean never going to a place that serves alcohol. The State of Florida has eliminated private property rights by making it illegal to carry a firearm in such places. And in the process, issued a death sentence to a certain number of their innocent citizens.

In Florida, if the same percentage of people who hold concealed carry permits were allowed to do so at the Pulse nightclub there would have been twenty capable of limiting the carnage.

We already have laws to protect people from the aggression of other people. Advocates of pre-emptive action such as the war on terror or gun control are merely joining the other big government busybodies in making things worse. They don’t see that the funds used and freedom taken for their grand plans make us more reliant and less able to get along and survive in a dangerous world.

Those who say being in a government database or surrendering weapons to the state has no effect on them, might change their tune when living under the next regime or cowering under a table. Self-sufficient private individuals have always done more for our safety than government bureaucrats.

“Those who would give up essential liberty, to purchase a little temporary safety, deserve neither liberty nor safety.” – Ben Franklin, in 1755, had a warning still poignant to this day.

From the War Street Journal: 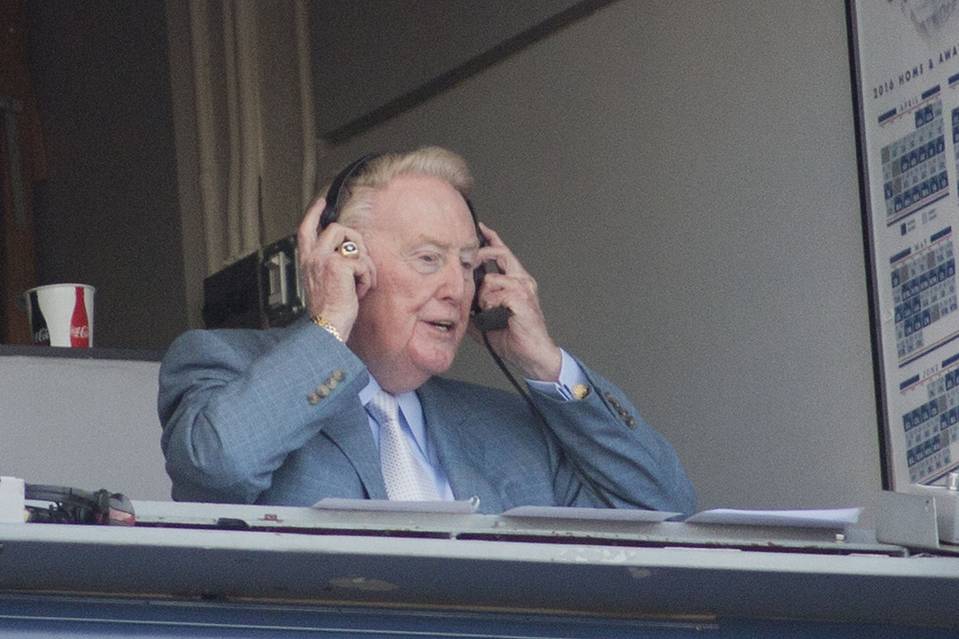 Sportscaster Vin Scully commenting on air Friday, with the Milwaukee Brewers’ Hernan Perez up at bat:

Perez, 25 years old, originally drafted by the Tigers. Lives in Venezuela. Boy, can you imagine, you’re a young kid playing in the United States, you’re from Venezuela, and every time you look at the news it’s a nightmare. A bunt attempt is missed—runners are holding, 0-and-2. Socialism failing to work, as it always does, this time in Venezuela. You talk about giving everybody something free and all of a sudden, there’s no food to eat. And who do you think is the richest person in Venezuela? The daughter of Hugo Chavez. Hello! Anyway, 0-and-2.

After a little thought I’m starting to formulate the next The Alternative. Oh man these days are long. Lots to do. I’m tired. But the blog must go on.

A caller to Rush Limbaugh today laid it out well. He said the State of Florida is responsible for the magnitude of the slaughter because it is illegal to carry a gun where alcohol is served in Florida. 10% of adults in Florida have some kind of permit to carry a gun. But in a bar there are none. There were 300 people in The Pulse that morning. If 10% were carrying a gun, the shooter would have had some resistance.

How many loved ones of these victims will, rightfully, blame the state? Prolly none because the state is now god. Heaven help us.