But Kit Pharo reminded me of some of his wisdom that explains a lot:

“The best argument against a democracy is a five-minute conversation with the average voter.’”   ~ Winston Churchill

A hellova video of some way-out but basic improvisation. No music fan should dismiss this. Be a part of it:

It’s feather ruffling time. In a world where sports is god we much prefer to “destroy” the enemy. I still love war movies. I have no idea why. The mind is a mysterious thing. Living and sharing with “Miss Perfect,” as Terry (Dawn’s partner in the music business) calls her, helps me limit my degenerate appetite for video gore fortunately. Conservative (status quo) media constantly harps on Islamic extremism while ignoring the dripping faucet of the banking system, which has far more impact on our lives (except maybe the government’s reaction to the Muslim nuts).

As always, I appreciate the chance to present these ideas and look forward to any discussion you might be inclined to.

I aim to produce thought provocation. Here goes, and thanks for reading.

Much is made of the grave threat of Islamic extremism, but an ordinary day in Chicago where handguns are illegal, puts Islamic terrorism in its place, next to diesel exhaust, as a threat to mankind. People don’t like to find out they’ve been hoodwinked, so they react to that fact with various versions of disbelief and disgust. They also prefer villains who we can blow to smithereens over solutions where our own people are simply thrown out on the streets. I’ll try to make this information as romantic as I can.

Our banking system is costing us way more than any of the subjects being addressed in the major media today. Easy money makes for bad decisions. Committees setting interest rates are not as accurate as savers lending money to borrowers without political influence. Defenders of central banks cite political influence as the reason to retain a central bank. The opposite is true.

As we age we become less able to produce, but our savings can replace that ability by helping the less affluent achieve their dreams through loans. The loans cost money reflecting the needs of the saver to sustain himself and the borrower in potential profit versus risk. Sounds simple, doesn’t it?

This system stops working as soon as politics enters the picture. What would seem like minor details become major disasters when compounded by politics.

There is no reason for a Federal Reserve System except for sustaining programs that people wouldn’t invest in if they were allowed to govern themselves. Woodrow Wilson’s administration created the Federal Reserve because people valued life over European banks. The Fed printed the money needed to fund our entry into World War I because direct taxation would have created an insurmountable backlash. We still have The Fed because the same is still true. The federal government finds things to spend money on that ordinary people find ridiculous.

Funding these things through money creation hides the waste by making it appear as lost purchasing power rather than out of pocket expense. Congressmen are smart enough to know this, so they continue to allow The Fed to manipulate our currency (cost of money), so their pet projects will go on and they can claim to be “doing something” that doesn’t cost us anything. Interest rates will not be increased by The Fed because that would stifle economic growth and make the politicians unpopular.

Saving for the future is now a rarity because low rates mean the value of our savings shrinks. As savings disappear, the capital borrowed by entrepreneurs is replaced by government fabricated wealth. Such wealth doesn’t have the constraints that personal wealth does. It is too cheap and so it is borrowed for projects less viable than if the risk were assumed by the saver or even the saver’s bank.

Another way money is wasted on foolish projects is because of fractional reserve banking. Most people have never heard of such a thing. A bank can loan ten times as much money as they actually possess. Try doing that without the law on your side.

Millions of retirees see their savings disappear. We stand in a line at an airport among hundreds of vulnerable people who are not scrutinized for weapons. Then we are searched before we can get on an airplane with a fraction of those numbers. We wait for the garage door opener because if it worked at a longer distance like it did before the so-called terrorist threat, it could trigger a bomb. We waste billions of dollars on emissions rules that increase oil company profits.

I recycled the paper so will have to write this without referring to your opinion piece on opioid death/addiction.
I remember when Jim Zabel tried doing a non-sports talk show. He had a bunch of cops as guests talking about legalizing drugs. They went on about what a ridiculous idea it was. There was a study done back in the 70s that showed Chicago could lay off 80% of their law enforcement personnel if drugs were legalized. I don’t know if that included the corrections industry. Get the connection? What if their discussion included recovering addicts or widows and orphans instead of just the profiteers?
I’m not going to go into detail of my own experiences, acquaintances and such. But I remember you speaking of treatment and recovery. Can you name a recovering addict who quit because of lack of product? Or did all these people who, I assume you’ve questioned as a way to research your position, make up their own minds to improve their lives by just saying no?
On the overdose problem, why do people OD? Is it because the product is sold outside legal channels and there is no way to establish the quality?
After 80 years of totalitarian nitwits sticking their noses into the private lives of people who are not their concern and making things worse, isn’t it time to return responsibility to the people who should bear it instead of sending the bill to those who have always, or have learned to act responsibly?
Thanks for your consideration. Fritz

…Sean Hannity is overjoyed that another airliner has possibly been subjected to “terror.” How else could we continue to expand his beloved police state.

The more warped, the more power. Doesn’t seem right, does it?

BTW, would sticking to the original meanings of words stifle the behemoth? 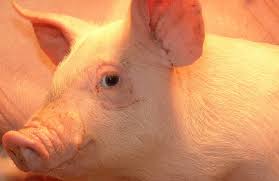 Hogs paid for our farm. I remember hearing them called “the mortgage-lifter.” Now I know why. They also provided our kids with responsibilities, something my aunt from California says is lacking in urban environments. Looking back, I wouldn’t have changed a thing in the way we raised pigs, or kids.

When we had two hundred market-ready pigs in open lots, they smelled as bad as ten times that many if they had been in a controlled environment. The work was hard and dirty. Luckily for us, our farm was not a place to envy, so nobody tried to sic the government on us.

The failed attempt by Prestage Farms to build a packing plant in Mason City mimics how we now seek an authority to command what we want, rather than finding a way to acquire it ourselves. We look at terrorism or drug abuse and think we can have a higher authority simply whisk them away with force. We view everything like the symptom is the disease. Such short-sightedness doesn’t make things better. Does anyone really think these two wars have cured the problems they address?

The war on the new way to raise hogs didn’t cure the problem either. As we drive around the country we pass confinements that we thank God are not near our home. But occasionally we don’t notice any smell at all. Pit additives and other technologies have made it possible for good-hearted neighbors to have little impact on the ones around them. But the laws were not written to solve a property rights issue any more that the war on terror or war on drugs was meant to eliminate terrorism or drug abuse. The laws are enabling devises for people who are well-connected to the politicians who write them. They give them license to infringe on the rights of others legally by having regulations supersede the right to control our own property.

Law, in general, has gravitated to a regulatory nightmare from a place where it was once intended to protect a person’s right to private property. Make no mistake, a cook-out in the yard accompanied by a neighbor’s hog smell is a matter of trespassing. But when the short-sighted activist organizations lobbied to address the hog smell issue, they accepted the law-as-regulation model as if there was a set distance where the smell goes away. I can’t imagine they thought there would be a predetermined distance that would work for every situation. They compromised in order to gain anything they could because they knew they could never beat the people who didn’t care about their stinky barbeque.

An aspect seldom mentioned regarding the Prestage plant is the government (taxpayer) incentives offered. Property tax rebates of $11.2 million and state tax credits of $15 million would have been money out of our pockets eventually. But the unseen effect would have been the distortion of a free market by such transfers. Over $26 million would have been made unavailable to entrepreneurs in other sectors and if Prestage needed that to build such a facility doesn’t that shed some doubt on the viability of the plant? Whatever happened to business decisions based purely on supply and demand?

Ken Kehrli, a recognized expert in the hog business, suspects we are looking at “a train wreck” when the additional 8 to 9 million head come to market required to keep the five planned additional plants operating in our area.

Iowa State University economist, David Swenson said the Mason City plant would do little to improve workers’ earnings. That sets me to wondering: Will government somehow step in to circumvent the law of supply and demand with an additional 2,000 jobs in a town the size of Mason City? This kind of thinking should alert us the to fallibility of government involvement in business.

It is not true that nothing would happen without top down control. There would be less malinvestment and more capital available for genuinely viable business ventures. We have stagnant wages and the lowest labor force participation rate since the late 1970s. This has not happened through lack of government control.

Lack of incentives doomed the Prestage plant, not the lack of approval of the project itself. With little mention of this in the media, it shows a sad acceptance of incentive practices as being the order of the day. We may have avoided a bubble on a smaller scale than the housing bubble; therefore an inevitable bust. The “kooks,” as Ron Prestage called them, may have unintentionally saved this area from a 2,000 person economic problem.