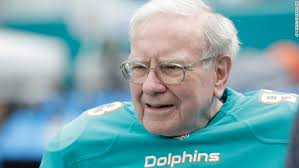 Buffett says everyone has a choice about whether to consume more calories than they need, and it’s not Coke’s fault if they do.

On NV Energy rate hike for solar owners:  Supporters of renewable energy complained that the new rates will discourage solar power investments. But Buffett says the old rates had the effect of forcing other ratepayers to subsidize the small group of people who invested in solar systems.