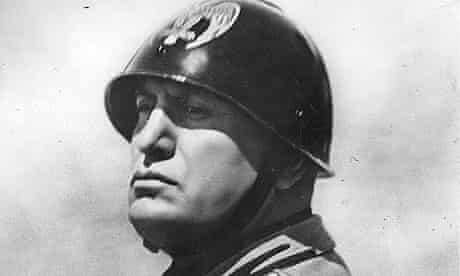 How in the world could I resist calling Trump a fascist when he “orders” packing plants to stay open? Well I guess it is just ridiculousness overload.

I was talking to someone the other day about how the numbers are counted in the Covid-19 death rate. And they said to me, “Yeah but the ones who want the economy to open up are mostly Trump supporters.” No kidding. Basically this person wanted poor people to remain poor and no-so-poor to get really poor because he hated Trump that much.
But no, credit expansion is such a sleeper issue I just had to give it a shot. Twelve years of school didn’t give us the critical thinking skills to understand how a controlled money supply is used to rob us blind. Additional schooling seems to make it even worse.
Any questions or comments would truly make my day. Thanks, Fritz
A Bright Side of The Virus

I could argue that closing the economy for everyone has diluted resources needed to protect the most vulnerable people. Do a few isolated deaths of young and healthy people really add up to the extraordinary numbers that justify no haircuts? My barber and I are old enough that even without the Des Moines dictator, I let Dawnie give me a trim.

This stuff is open to argument. And it should be. The stakes are high enough that to shut up about it is like a lie by omission. A tragedy of our times is to limit discussion of important issues in order to get along with people we care about. It’s dishonest and actually shows that we don’t care as much as we let on.

The disaster will not be a few closed businesses or reported loss of life. In the Wall Street Journal today a headline read, “Get Ready for the Return of Inflation.” Return? It wasn’t gone. The Federal Reserve’s mandate is to maintain 2% inflation. In recent weeks the Federal Reserve has poured money into the economy at the fastest rate in the past 200 years.

I’ve heard definitions of inflation like “increasing prices.” Rarely is it “lowered value of money.” “Increasing prices” can be blamed on vendors. It makes us victims, and that is comfortable, in a demented sort of way.

The Constitution says Congress shall “coin money.” Woodrow Wilson gave us the Federal Reserve in order to finance World War II. People were not yet brainwashed into thinking we had the duty of policing the world. So a tax revolt threatened Wilson and his cronies even though he ran and won as a peace candidate. Sound familiar? Printing more money has the same effect as a tax by devaluing what we have, but busy people shrug off the complexity. Soon the question of where the money comes from is simply not interesting. It’s easier to blame businesses for rising prices.

Inflation is used by the ruling party to create an illusion of prosperity. Simple jobs with little responsibility pay wages more suited to management positions. The entire country has become increasingly dependent on printed, rather than earned money. Because of this we’ve found more satisfaction in material things than relationships with friends and family.

Low interest rates have become a reason for buying products that are not really needed. Whoever is in power begs The Fed to lower rates to make them look good because spending is equated with a good economy. Trump criticized Jerome Powell for not lowering interest rates despite record high employment.

The inflation The Fed has used for this illusion of prosperity has devastated the savings of retirees and saddled our young people with debt. “The virus” may be the straw that brings this charade to an end.

We can hope the Federal Reserve will be exposed as a tool of tyrants and interest rates can be established by a pure system of supply and demand for money. That would be a very bright side to the Covid-19 shutdowns.

One response to “Fake Economy”