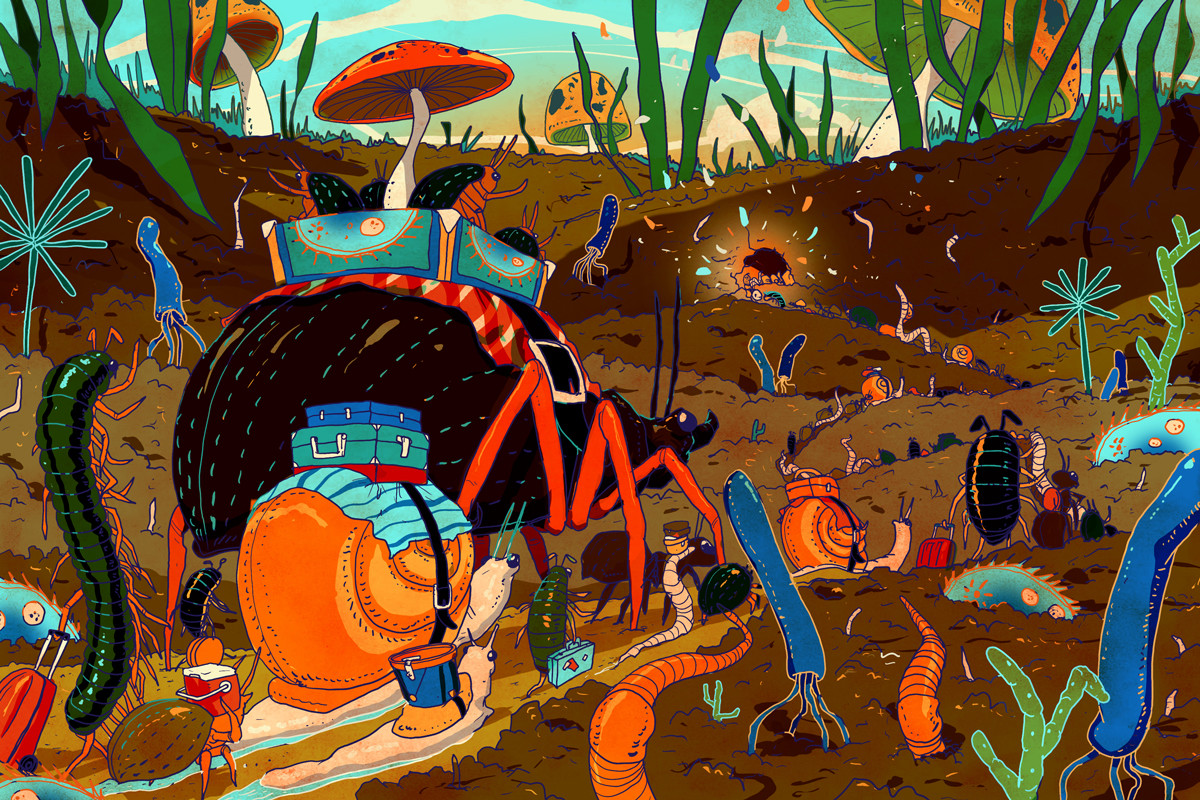 Soil is like the economy. They really are not so different. They both have individual components that compose a working system.

This comes to mind today as I look at the missing components in the surrounding farmland. Those components are the reason Iowa is massively productive. But for the most part, that productivity is drawing from a bank account that is depleting.

Each tillage pass slaughters the creatures who built Iowa’s productivity. Each of the trillions of bacteria, viruses, bugs, worms, and fungi sought nourishment to sustain themselves. They devoured each other and the organic matter created by plants. When they did this they produced byproducts that were beneficial to other living creatures. Mychorrhizal fungi, for example, makes the already abundant phosphorus in the soil available as fertilizer for plants. Tillage kills the mychorrhizae so farmers must purchase phosphorus instead of using what is already there.

Iowa soil was built from nothing but minerals to humus rich in the organic matter that makes farming possible before man had to conquer weeds with tillage to grow crops more suitable for our use.

It began about 11,700 years ago as the glaciers receded from North America. First there were one-celled animals, then life gradually became more complex. Whatever the process, all life depended on the sun and the exploitation of opportunity created by the existence of neighboring life.

Exactly like fossil fuels, agriculture depends on living things from the past. Now, farmers are miners and drillers. They don’t contribute, they just take.

The economy functions like the soil. In the caveman days, each individual furnished all essentials himself. A good hunter may have made lousy arrows. But through cooperation each person became able to specialize. A good hunter could furnish the arrow smith with meat. Both could save time wasted making mistakes.

Relationships like these expanded. There was no plan. Each person sought to better their life and as they did, it bettered the lives of others. Now there is a huge network. A chili farmer in Mexico helps season food in New York. A factory worker in China makes me a starter for my pickup.

As I look at the tilled soil around here it reminds me of the relationships with specialists near and far that we are denied.

The President claims he is imposing tariffs on China. Ha! He is destroying each American’s personal relationship with a Chinese person who can make life better at a lower price so that Americans can profit from even more similar relationships. Tariffs and sanctions are like steel being pulled through the soil severing the ties we develop with people who do the things for us that we can’t do as well.

In 1953 our government orchestrated a coup of a democratically elected Prime Minister in Iran because we didn’t like the price they asked for their oil. Now we have sanctions on oil from there, and Venezuela. Saudi Arabia stepped up and said they would fill the void left by the loss of our relationships with those people. How kind of them. (And how kind of us to buy oil from this country that decapitated 37 people in one day, among them a 17 year old boy whose crime it was to send a text about a human rights protest.)

It is clear that the ones who cry, “isolationist!” are the real isolationists.

The life in the soil should be left alone to prosper and so should we.