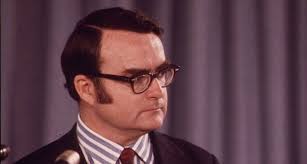 The urban crime culture is bleeding into our rural paradise, evidenced by the tagging that went on last summer around Hampton. When I was young in Southern California, tagging, which is spray painted graffiti referring to gangs, was rare. It was cleaned up soon after it was discovered. It wasn’t long, however, until no one could keep up and the painted slogans were accepted as part of the landscape.

After awhile the culture degrades enough and the vandalism brings such small consequences that we will accept it too. In Hampton the cost to clean up the paint only on the public property was stated as $15,000. The perpetrators were fined $650, which was “suspended.” I wonder if that means dangled in front of the faces of complacent taxpayers.

Granted, getting $15,000 out of three teenagers would probably be like the proverbial blood out of a turnip. But a property crime presents opportunity for a demonstration of law based on restitution and accountability as opposed to law based on punishment for a violation of our management by a faceless government. A crime perpetrated against an individual puts the perpetrator in the position where he can relate to the victim as someone like himself.

Our system of law is failing because the whole idea of “victim” has been erased by the fallacious belief that a society can be regulated to perfection by an elite class with unique abilities. A simple system of law that draws a line at violation of property rights and nothing more would be more effective.

Nixon’s EPA is a perfect example of where property crime with an actual victim has been replaced by a regulatory state. Mindless obedience to the EPA has wrought untold damage to the people of the world. In 1972 William Ruckelshaus, the first administrator of the EPA, banned DDT in spite of several hundred documents and 150 scientists that brought his examiner to conclude the insecticide should not be banned. There was no victim to the “crime” of DDT. But there are victims of EPA aggression on the 214 million people who needlessly contracted malaria in 2015 alone. Of those, 438,000 people died.

Well intentioned philanthropists, Bill and Melinda Gates spend $200 million per year on malaria eradication while the tool to do it is readily available in DDT. Research has shown that there were many other causes responsible for the soft egg shells blamed on DDT. Every evil that DDT was blamed for has been debunked. The Gates’ should redirect their research to include solving problems caused by politics.

Throughout the sixties, Milwaukee and three other Wisconsin cities substantially polluted Lake Michigan, the source of Chicago’s drinking water. The state of Illinois sued Milwaukee but passage of the Clean Water Act in 1972 negated Wisconsin’s responsibility to restrict its impact on Chicago by ordaining the EPA as sole regulator of water. The Supreme Court upheld the EPA. Chicagoans were certainly victims of these Wisconsin cities but the regulatory state prevented justice.

If every regulatory agency were abolished and property rights were fervently protected from trespassers, vandals, and thieves we might stand a chance against people like the city fathers in Wisconsin and the taggers and gangs in our neighborhood.

If these kids had to wear orange jumpsuits while they scrubbed sidewalks and signs until they were restored, the next violators would either go elsewhere or realize that the victims were people like themselves and treat them as they wished to be treated.

Consistent with the non-sentences these kids received, William Ruckelshaus was awarded the Presidential Medal of Freedom by Barack Obama in November of 2015. It is a world gone crazy. In the sixties, World Health Organization authorities believed there was no alternative to the overpopulation problem but to assure that up to 40 percent of the children in poor nations die of malaria. Always question authority.