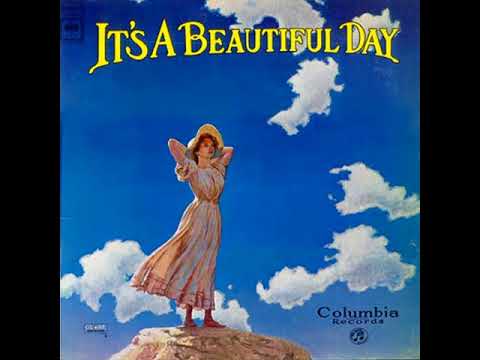 Just a great album that says It’s a Beautiful Day! The full album is on YouTube BTW so… turn up the sound!

Pay Attention to the Teacher

The Covid-19 crisis has given us an opportunity to discuss the health care system from an unemotional and objective viewpoint.

Such new developments as the four different analyses that show the overblown expectations for shutdowns and the childlike tearing down of statues because a criminal cop murdered a criminal black man, should caution us on knee jerk reactions. It is a pity that the costs of the shutdowns and riots will be felt by everyone and recognized by few as direct costs from these mistakes.

George P. Shultz has been a government bureaucrat so long that his foolish opinions in office can cause me to dismiss anything he says. But a column he co-wrote with Vidar Jorgensen in the Wall Street Journal comparing Singapore’s medical care to that of our own, should be an important element if we wish to improve our miserable record here.

Of our gross domestic product, 18% is dedicated to health care. In Singapore, 5% goes to a system that produces a life expectancy of 85.2 years compared to 78.7 here. Singapore’s maternal and infant mortality rates are less than half of ours.

Here are some of the differences:

Encouraging signs are everywhere that show we are on a path toward diverting cash from heath care to other things. That does not mean health care will suffer as a result as we might think in a world where cost is falsely associated with quality, such as in public school budgets.

Walmart has instituted financial incentives for employees who shop around with second opinions and alternative courses of action. These employees have found that 50% of spine operations and 30% of hip and knee replacements can be eliminated with alternative therapies.

Our brilliant, yet ignored Constitution was written years after the British citizens here threw out their government. It gave the authors time to understand what was wrong with the system they rejected. The limitations imposed by that Constitution are largely ignored today resulting in the excessive waste incurred today and calls for, ironically, escalations in the same old socialist system.

Since starting farming 40 years ago without previous experience, the most important thing we’ve learned was to learn from others. Here’s our chance.