Well, not really. I see that in Trump supporters more than myself. I don’t see Steve McQueen as someone I adore or someone who can do no wrong. I see him as an example to follow as I seek excellence in myself. You watch “Papillon,” or look at McQueen’s Jaguar XKSS. These are the kinds of things that should inspire. For a parent to guide a child into a happy and productive life. For a politician (since those creeps are so often butting their way into our lives with promises to improve things) it would be to simply leave us alone.

Here we have Julie Andrews, not just a natural talent, but someone who crafted her voice, who worked at it. Dawn is inspired by her and I’m sure she would love to thank her for lessons learned. And so would to people who hear Dawn’s singing, because it wouldn’t be the same without Julie Andrews. Civilisation is built on examples followed or contradicted, in the case of a bad example.

I might even post a photo of Trump, the Republican who raises taxes like a Democrat on steroids and then gets worshipped for it. That’s a bad example that will surely be cited as a reason low unemployment evolved to high unemployment in an economy that steadily grows a dependent class. 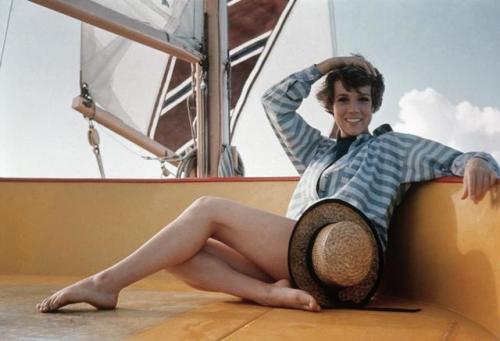 One response to “Keeping with celebrity worship?”