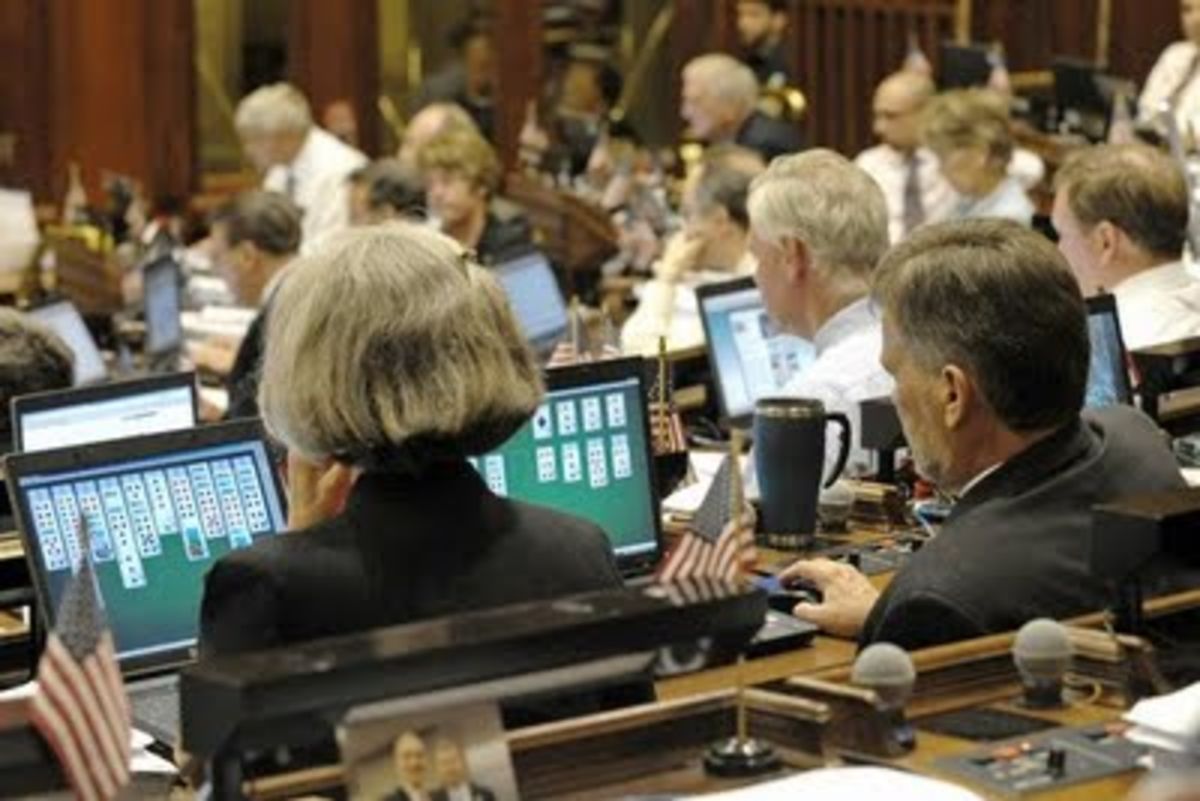 We often hear our rulers described as our “leaders.” This is a fundamental flaw in how we perceive our representatives.

There has been a droning hoopla about election fraud, tampering, and other threats to our “democracy.” We are who we are because of the lingering effects of our past limited republican government, as opposed to democracy. Democracy is at the root of many troubles we face today, yet we are urged to vote to correct those troubles.

A democracy is simply mob rule, where 51% of the people can take away the rights of 49%. Ben Franklin called democracy, “two wolves and a lamb voting on what to have for lunch.”

A republic has representatives making decisions that reflect the philosophy of the voters without the emotion of immediate concerns. The voters could never be well enough informed or free from manipulation to vote on issues that representatives can investigate.

It has been easy to see what media sources are used by the various people I visit with, as opinions are often merely repetitions from pundits and so-called experts in media. That these opinions are translated into votes which impact our wealth and daily lives is tragic.

The possible Russian interference was a particularly slow-news-day obsession. Even the investigators closest to the issue never came up with anything more specific than a few Facebook posts condemning Trump or Clinton.

But there is this interview by Senator Ted Cruz of Robert Epstein, Senior Research Psychologist of the American Institute for Behavioral Research & Technology that I saw on C-Span. Dr. Epstein, a strong supporter of Hillary Clinton found that Google brought 2.6 million votes to Mrs. Clinton through biased search results. He said that between Google, Facebook, and Twitter that prize could rise to 15 million votes in the 2020 election.

That prize is not just votes. It is real money and has significant impact on our standard of living and the living standards of all those we touch worldwide. The 2016 elections cost every man, woman, and child in the United States about $2,000. But the cost of the policies born of our ignorance of constitutional restraint is off the charts. Funding of the federal government was to come exclusively from tariffs. That was before the federal government became infinite.

As Franklin emerged from the meeting that drafted the Constitution he answered the question of what they had produced thusly, “A republic if you can keep it.” Unfortunately, our republic has morphed into a democratic republic where votes earn the wealth of others.

Politicians are viewed as superior and trusted to make better use of resources than ourselves. The oath they take to uphold and defend the Constitution is a lie. Article I, Section 8 enumerates their duties. Amendments 9 and 10 limit them to only those enumerated duties. But they police the world and babysit Americans, making them both dependent and helpless. When will we refuse to pay the bill for their folly?

Election time. What a bore. Yet, instead of roasting a hot dog or playing catch, we pay attention to such rot. And why? It is a critical time. It’s never been more important. Then it is over … the wars go on. The advance auction of stolen goods bears fruit for the winners. The influence of the market is thwarted. It makes us all poorer.