Not that the world would really be different if he had won. But Clinton or GHW Bush? Please strike the word freedom from all the phony so-called patriotic songs, posters, events, and rocks

H. Ross Perot, the billionaire founder of Electronic Data Systems Corp. and Perot Systems Corp. and a two-time independent candidate for president, has died at the age of 89 after a five-month battle with leukemia, the Dallas Morning News reports. 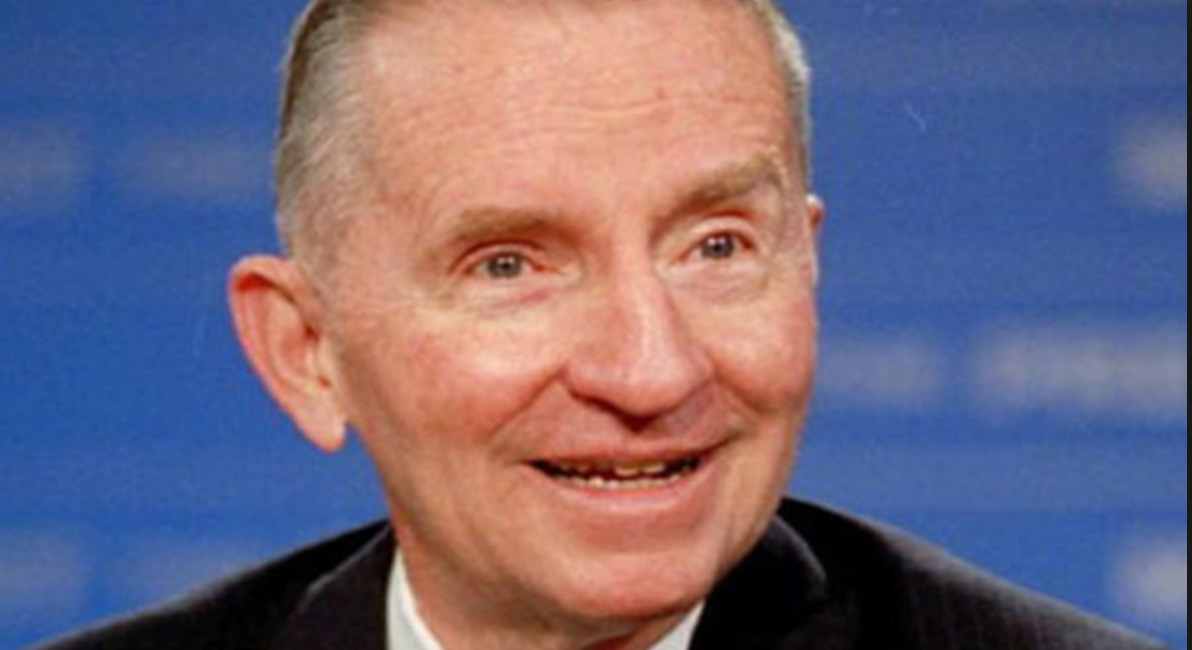 Perot was diagnosed in February, but continued to show up to the office most days in his suit with an American flag on the lapel.

Widely credited with throwing the presidency to Bill Clinton in 1992, Perot got 19% of the popular vote as a third party candidate. He ran again in 1996. Perot’s former rival, George H W Bush, died back in November at the age of 1994. His other two presidential rivals, Bill Clinton and Bob Dole – who was the Republican candidate running against Clinton in ’96 – are both still alive.

As of July, Forbes estimated Perot’s wealth at $4.1 billion, and that didn’t include the money he’d transferred to family members. A self-made billionaire, Perot started on his way to success with a $1,000 loan. At first, it was a one-man operation. Some credit Perot with being ‘the Bill Gates of the 1960s’. He became a multimillionaire when he took his first company EDS, public in 1968, and then a billionaire in 1984 when General Motors bought EDS for $2.6 billion.

Perot’s friendship with fellow billionaire Ken Langone, the founder of Home Depot, dates back to the 1960s, when he hired Langone to take EDS public.

The East Texas-born billionaire was awarded the Churchill Medal in the 1980s – becoming only the second American to receive one – for his work on behalf of POWs held during the Vietnam War, and for organizing a daring mission to rescue two EDS employees who were imprisoned in Iran back in 1979. Perot was widely regarded for his philanthropic efforts.

Thanks to Zero Hedge