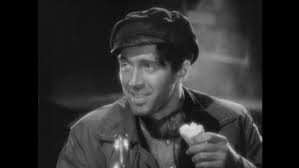 I’ve planned a movie suggestion column to take advantage of winter’s long nights and as a break from my perennial crusades and worrywartism. As the days get longer, time is running out, so here goes.

My second job after McDonald’s was at one of the world’s original supermarkets, Thriftymart in Beverly Hills. The floors were vertical-grain fir and the Kosher section took up a third of the store. It was dark. This is where I bagged Mickey Rooney’s groceries. I was taller than he.

All these movies I’m recommending are available on YouTube for free.

Mickey stars in “The Healer” (1935), also known as “Little Pal.” He is Jimmy, a paraplegic who lives at Dr. Holden’s warm springs that purportedly has healing powers. Dr. Holden falls for a scheme to turn the warm springs into a health club for the rich. Since the story unfolded in magical ways for me, I’ll stop there.

This next one is sorta hard to find on YouTube. If you search “Merrily We Live” (1938), it will show unavailable because of copyright, but keep trying. As long as it stars Constance Bennett, Billie Burke, and Alan Mobray in 1938, you have the right one. The genre is called “screwball comedy,” and it lives up to its name. Mobray is a hobo hired by a ditsy society matron as a butler. The daughters think he’s really neat. If it hurts to laugh, avoid this film.

“Too Late for Tears” (1949) is a Film Noir crime drama starring Lizabeth Scott as an evil, greedy wife. She and her husband stumble upon a small fortune that appears to be a blackmail payoff. As you might expect, the owner wants it back. The husband thinks the police should have it. It gets complicated, with the Lizabeth Scott character getting mixed up with the crook who lost the money. I don’t think I can name a more effective performance by an actress.

Back to Mickey Rooney for this one. But we don’t stray from the greedy evil woman theme with “Quicksand” (1950). Honestly, I’ve heard so much about women being mistreated and abused lately, these movies are a form of affirmative action. Mickey matured out of the goody-good Andy Hardy series into a petty criminal. Actually he saw a girl and that was the end of the innocent auto mechanic. Jeanne Cagney (Jimmy’s sister) plays the girl that leads him astray. Peter Lorre is his usual seedy self as an arcade owner on the Santa Monica pier, where I caught my first fish (a little halibut with eyes on both sides).

Before the weather gets warm and we really ought to be either outside or asleep I suggest “Seventh Heaven” (1937) as an inspiring love story. Jimmy Stewart at 29 years old is more than endearing here. Whooda thunk after all those years of me coming in the house with this ear flapper hat and acting dumb saying, “you got a sewer I can clean out?” to the kids, that a movie about a guy who cleans sewers would be one of my favorites of all time. It is unbelievable that I hadn’t heard of this until YouTube recommended it.

Space is limited so my list is half done and so am I. Since an ideal target audience would be kids otherwise bombarded with electronic garbage, I promise to write the other half for summer vacation rainy days. School has the effect of segregating age groups. These movies are for everyone. The kids and adults will laugh and cry together, as it should be.