Two weeks flew by. I was astounded at the response to the last Alternative. Your interest keeps me doing this. There is an alternative news guy named Jimmy Dore who held his hands inches apart and said we are allowed to discuss this much. Then he spread his hands out at arm’s length and said… when there is this much we need to talk about. I don’t agree with much that he represents but his outlook is refreshing. I intend to expand the discussion as well. We have kids, and now grand kids. They deserve better than the trend indicates. So here you have it for this time.

Thanks for reading this and feedback. I welcome it all.

Right and Left are both Collective

Maybe I shouldn’t do this, but occasionally I listen to the radio. I feel obligated to put in some time there because it gives context for what I write here.

So-called right leaning radio has the usual theme of blaming someone else, and come to think of it, it is the same on the stations that lean left. The blame ultimately leads either side to plea for government to do something. For instance, there is a shortage of labor in the trades right now. Across the board, the government is ramping up funding for government trade schools as if a private school teaching a trade, or an unskilled laborer learning on the job is unimaginable.

As I speak to employers, I rarely find one who hasn’t had to train a worker, no matter how much education he has.

College should be looked at as an investment. The decision to invest, by the state or the student should be considered carefully. What do you gain by paying to go to college? What do taxpayers gain by funding an education? If it is not your own education it is more reckless.

When I tune in to right leaning radio programs, a lot of fuss is made over people unfairly collecting welfare. Why are businesses left out when taxpayers pay for the education of their future employees? Couldn’t this easily be called corporate welfare? You may say, “So what? It is necessary for things to get done.” How those things eventually get done is more accurately determined by the market than by arm twists from special interests and quests for votes.

So far, publicly funded education dominates and we have this huge imbalance of skilled workers. I can imagine as we call for a plumber or an electrician over and over again and beg the state to do something, in a few years we will have plumbers and electricians wanting welfare payments because there aren’t enough jobs for all the trade school graduates.

The bottom line is that if we truly want the best for coming generations, we should ditch the idea that we need permission or any action at all from government to solve our problems. Demand for education will produce education, just as it does any other product.

The late Malcolm X (a Black Muslim Minister and civil rights advocate) spoke about individual initiative as opposed to government dependence. He does not mince words but it is obvious that “white liberal” is what the government has become:

“The worst enemy that the Negro have is this white man that runs around here drooling at the mouth professing to love Negros and calling himself a liberal, and it is following these white liberals that has perpetuated problems that Negros have. If the Negro wasn’t taken, tricked or deceived by the white liberal, then Negros would get together and solve our own problems.”

Those words, “solve our own problems,” mean more than a generation of black people being cheated out of their dignity. They apply to all of us. 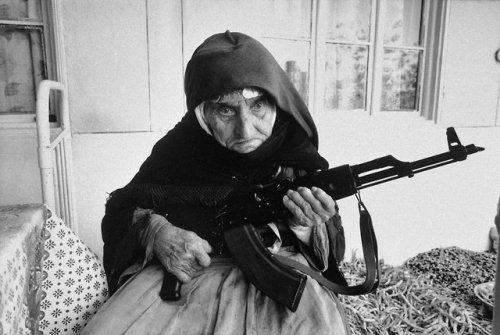