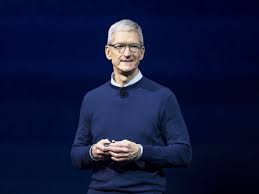 The case of Iowa government giving Apple $208 million dollars is a good example of extortion. When the payoff is so minuscule one has to wonder why. Does the governor get a sticker?

Here are some facts to consider:

The claimed “up to” $100 million Apple will invest in local infrastructure in return uses the same misleading terminology as the Volkswagen diesel scandal’s “up to” 40 times of emissions standards. “Up to” in Apple’s case would only happen if unrequired expansions occur. Like VW’s emissions, neither is certain.

Governor Kim Reynolds claimed that tax credits are not the same thing as subsidies. Check the balance sheet and get back to me.

Apple just gave rabid hate group, the SPLC (Southern Poverty Law Center) a million dollars. Whether SPLC is right or wrong in their activities is not as important an issue as the fact that Iowa government has no place funneling taxpayer funds through Apple toward any advocacy group. I just happen to hate SPLC myself.

Donald Trump endorsed such economic development extortion in December saying … “they can negotiate good deals with the different states and all of that.”

Economist Richard Florida, in a 2012 study found… “virtually no association between economic development incentives and any measure of economic performance.”

Another study found even slower growth associated with these handouts because management ignored real business efficiencies as they focused the extortion of taxpayer money.

Doesn’t this, and other economic development scams still smell like Iowa’s film incentive program that resulted in several felony corruption convictions? Profit, earned through willing transactions between people free to walk away, has no victim except through fraud. Government has no such restraint with dollars confiscated through taxation.

Another thing, having traveled around this country before settling in Iowa, I see it as sinful to cover Iowa soil with “hot boxes” when there is plenty of unproductive soil to build on elsewhere.

For those who feel the need to hate success, there is the fact that some single mom in Waukee is donating to the richest company in America and probably doesn’t even know it.

I can’t see any benefit to anyone in this except for a politician needing a rose pinned on their nose. Might there be something we are missing?

2 responses to “The Richest Company in America. But Not Rich Enough.”