About an hour to go of Pearl Harbor day. And keeping with my attempt at providing an alternative view here goes. FDR is revered by leftists who proudly proclaim themselves to be peaceniks. The thing is everything they desire requires the use of force; hardly a peaceful stance. War and the welfare state are inseparable. They both embody force over mutual consent.

My dad said when he was twelve he knew FDR would ruin the country. Well, we seem to be doing fine. But what we don’t see is what it would be like if common law had prevailed; if the energy spent on aggression had been spent doing whatever each party had decided together what was in their own best interest. We have no idea because before anything like that takes hold opportunists see the government’s monopoly on the use of force as a tool in their own drawer. And the republic is turned into a democracy, and the sheeple vote to enrich the opportunists.

Mr. Trump seems to leave war mongers on the table as potential cabinet members. The charade has left most with the belief they have done something. But all they have done is perform without pay in the drama depicting suckers. Things will go on as they have.

This quote from Henry Kissinger: “Military men are just dumb stupid animals to be used as pawns in foreign policy.” 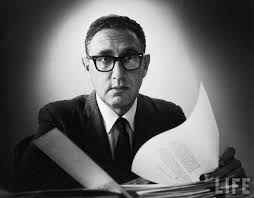