A truckload of manure was dumped in front of the Warren County, Ohio, offices of the Democratic Party on Saturday. The poopy protest — perhaps inspired by a similar stunt at the French parliament in 2014 — was caught on security camera in the middle of the night, but the perpetrator has yet to be identified. 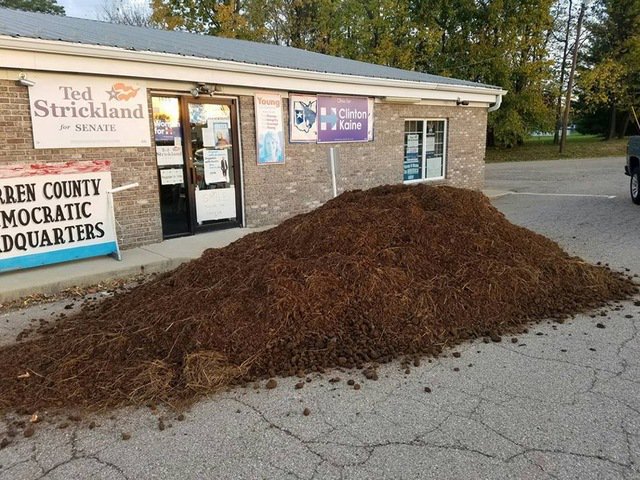