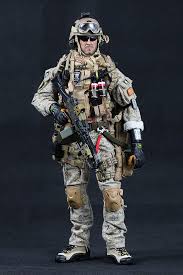 I thought my hearing was bad, but. A Social Security number is now a Social. A town hall meeting is now a town hall. Shoot, I just put an old Hendrix record on and can’t remember the other example so I’ll go on with the point. Oh, here it is. A state of the union address is now a State of the Union.

I can accept the three examples above the same as I can accept not ever wearing a necktie. Dad, he loved neckties, conservative ones. He was pretty dapper. I look at neckties as similar to smoking and shaving. How much more time would we have throughout our lifetime if we never shaved or smoked or tied a tie?

As we age time goes faster. Its rarity makes it more valuable, like the one Cardinal we have hanging around our feeders. He is so bright against the winter landscape, like a little piece of the Land of OZ. The sparrows are appreciated for the patterns they make in the sky when they are startled, but not on their own.

The change, or evolution of language makes me think of the term, “our freedoms.” What a joke it is that $3 trillion of our hard earned money has been taken for a war  on terror that is nearly entirely made up to feed the death and destruction industry. And then our evolved language is used to insert “our freedoms” into every complaint about our so-called enemies, even though it is the war machine we finance, we bow down too, we get teary eyed over as they fly their million dollar jets over college football games that has taken our freedoms.

Need I explain? OK. That $3 trillion as money, represents the value of our time. Our time is a measurement as well. A measurement of our freedom. We contribute a portion of our lives to serving others as an exchange for the time we have to do as we please for ourselves. The people we exchange that time with have done the same thing.

I had to turn off the radio yesterday as I chored in the tractor. Simon Conway was going on and on with Rick Perry, about our sailors being captured off the coast of Iran. “It was an act of war!” Well shoot, it takes one to know one. It was their coast, not ours. Iran didn’t take away our freedom, our guys did. They didn’t buy the plane tickets themselves, right? They didn’t buy all their fancy outfits and gear themselves, right? They didn’t put in their time there while on vacation, right? The expense for all that represents the loss of our freedoms that the nationalist pawns of the military / industrial complex are squandering over there. If it benefits anyone, it benefits the radical jihadists and the war profiteers, not us.

The term freedom has evolved to mean snake oil.