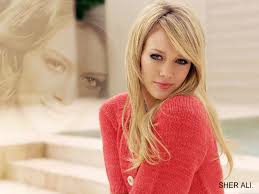 Another reason not to vote for a woman for president, besides the fact that the president is only a scapegoat or pagan idol anyway, is that women (and way too many men, BTW) are so preoccupied with their appearance. If we are looking for a bureaucrat that will utilize his time wisely, why would we pick someone who looks in the mirror for as long as it takes to feed a bale to cows.

Sorry girls, we do appreciate your efforts. But if that time were spent kissing and hugging and vetoing wasteful spending it would make a whole lot more sense than spending all that time trying to improve on perfection. And if you don’r understand what I mean consider this: if the God you profess to be the inherently divine wanted you to have black lines around your eyes and skin like molded plastic, don’t you think he woulda made you that way?

Just imagine the USA as a reflection of that great British comedy, Keeping Up Appearances. Hillary as Hyacinth and the rest of us as the poor Richard. She had to have some amazing hidden attributes for that miserable man to stay around.

2 responses to “Hillary, so cute!”