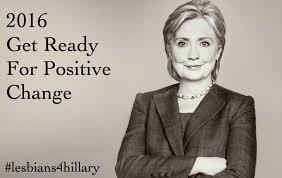 I got this from Kit Pharo, a fellow cattleman.

I hope people realize the unprincipled stands we’ve taken over the years is what has brought us to this tipping point. In other words ANY time a vote can supersede the constitutional limits our federal government WAS obliged to follow (always in reaction to some made up emergency), the door has been flung wide open to a disaster like we see coming.

Can’t Get Any Worse?

When discussing the current federal government and presidency, I often hear people say, “It can’t get any worse than this.”   I disagree!   There is strong evidence that it can get much worse!

There are numerous polls telling us who is the favored presidential candidate.   I never know which one to believe.   Just for the fun of it, I started looking at the Las Vegas betting odds.   They have been unbelievably accurate during the last two presidential elections.

As of yesterday, Donald Trump had 9/2 odds of winning the 2016 presidential election.   In other words, if you wager $2 on Trump and he wins the election, you will win $9.   Marco Rubio had 5/1 odds, while Ted Cruz had 7/1 odds.   These are the top three Republican candidates in the 2016 presidential race.

I am terrified by the fact that Hillary Clinton had 8/11 odds of winning the 2016 presidential election.   That means that if you wager $11 on Clinton and she wins the election, you will only receive $8.   You will lose $3!   They are so sure Hillary Clinton will win the 2016 presidential election that they will not give you any favorable odds.   CLICK HERE to see the current odds.   If you think it can’t get any worse, you better think again.