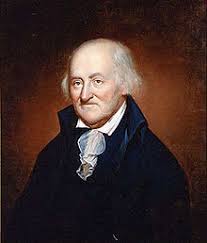 A young friend set up my blog on WordPress with a banner at the top containing a Gadsden flag. The Gadsden flag is the yellow one with the coiled rattlesnake and the words “Don’t Tread on Me,” named after and designed by a true hero of the Revolutionary War, Christopher Gadsden.

There were two people who would visit the blog and comment on it who questioned the wisdom of having the Gadsden flag included in the design because it was associated with the Tea Party and whatever was perceived as negative about that. That association would possibly prejudice readers or prevent them from reading my stuff altogether.

I had to agree because my goal is to promote individual sovereignty to anyone, communist to anarchist and anywhere in between. Symbols can close minds. And as Frank Zappa said, “A mind is like a parachute. It doesn’t work if it is not open.”

The Gadsden flag is gone from my website but I couldn’t help wearing the T-shirt version to Independence Day events. The yellow didn’t quite fit with the sea of red, white and blue around me. Volunteering my explanation I would say, “don’t tread on me” expresses the true spirit of the day; the nationalism that the red, white and blue has come to represent would side with the loyalists.

The flag wavers of today, while justified in being grateful for the opportunity to live in freedom and the luxury enabled by such freedom, seem to have lost sight of the principles outlined in the documents explaining the purpose of the declaration dated July 4, 1776.

To name a few; John Quincy Adams, Thomas Jefferson, George Washington and James Madison all warned of the dangers to our nation from policies of isolationism imposed on private citizens in the name of national security. Those policies are popularly known as our government assuming the roll of world’s policeman today.

In 1775 Benjamin Franklin writing as American Guesser wrote the following in an essay suggesting the rattlesnake was a good symbol of the American spirit:

“I recollected that her eye excelled in brightness, that of any other animal, and that she has no eye-lids—She may therefore be esteemed an emblem of vigilance.—She never begins an attack, nor, when once engaged, ever surrenders: She is therefore an emblem of magnanimity and true courage.—As if anxious to prevent all pretensions of quarreling with her, the weapons with which nature has furnished her, she conceals in the roof of her mouth, so that, to those who are unacquainted with her, she appears to be a most defenseless animal; and even when those weapons are shown and extended for her defense, they appear weak and contemptible; but their wounds however small, are decisive and fatal:—Conscious of this, she never wounds till she has generously given notice, even to her enemy, and cautioned him against the danger of stepping on her.—Was I wrong, Sir, in thinking this a strong picture of the temper and conduct of America?”

Looking around today, I would have to answer, “Yes, Ben, you are wrong.”